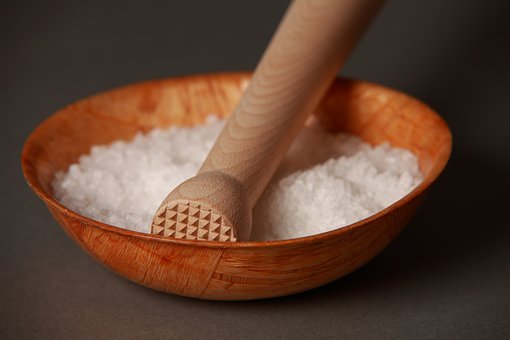 Do you ever wonder how sea salt are made?

Well, making a sea salt is pretty easy! – “Get salt water from the ocean, use the sun to evaporate it.” Viola! It’s a salt! You can even sell the salt for lots of money. Good business, isn’t it?

Wait, is that the whole process or there’s more untold details? Well, we’ll see.
In this article, we’ll walk you through processes on how sea/table salt are being made. Get yourself a milk drink, sip along with a bucket of popcorn while scrolling through.

Contents hide
1 Where Does Salt Come From?
2 Origin, History of Salt.
3 How To Produce A Salt | Salt Production
3.1 Solar evaporation of seawater
3.2 Open pan production from brine
3.3 Closed pan production under vacuum
3.4 Salt mines
4 How To Harvest Salt
5 How To Make A Table Salt By Yourself For Yourself
6 Conclusion
6.1 References and Credits;
6.2 ALSO CHECK OUT THESE VIDEOS;

Where Does Salt Come From?

According to Wikipedia; Salt comes from two main sources: sea water and the sodium chloride mineral halite (also known as rock salt). Rock salt occurs in vast beds of sedimentary evaporite minerals that result from the drying up of enclosed lakes, playas, and seas.

Salt, also referred to as table salt or by its chemical formula NaCl, is an ionic compound made of sodium and chloride ions. All life has evolved to depend on its chemical properties to survive. It has been used by humans for thousands of years, from food preservation to seasoning. Salt’s ability to preserve food was a founding contributor to the development of civilization. It helped to eliminate dependence on seasonal availability of food, and made it possible to transport food over large distances. However, salt was often difficult to obtain, so it was a highly valued trade item, and was considered a form of currency by certain peoples. Many “salt roads“, such as the “via Salaria” in Italy, had been established by the “Bronze Age“.

All through history, availability of salt has been pivotal to civilization. In Britain, the suffix “-wich” in a placename means it was once a source of salt, as in Sandwich and Norwich. The “Natron Valley” was a key region that supported the “Egyptian Empire” to its north, because it supplied it with a kind of salt that came to be called by its name, “natron“. Today, salt is almost universally accessible, relatively cheap, and often iodized.

Do You Know That; There’s A River In Ebonyi State, Nigeria, Where When You Fetch A Small Quantity Of Water From There, It Can Serve As Salt For Your Meal. Well, Excess Quantity Means Salty Dish.

According to stats, the earth is 70% water. Wherefore, if more than 70% of earth is filled with water and about less than 0.5% of the water resources on earth are fit for human consumption without going through some break down processes, can we then say SALT IS EVERYWHERE?

Well, considering the fact above, saying “salt is everywhere” definitely should be a correct statement. However, we can’t justify the saying that “the earth is filled with salt“.

How To Produce A Salt | Salt Production

On an industrial scale, salt is produced in one of two principal ways: the evaporation of salt water (brine) or by mining. Evaporation can either be solar evaporation or using some heating device.

In the correct climate (one for which the ratio of evaporation to rainfall is suitably high) it is possible to use solar evaporation of sea water to produce salt. Brine is evaporated in a linked set of ponds until the solution is sufficiently concentrated by the final pond so that the salt crystallizes on the pond’s floor.

One of the traditional methods of salt production in more temperate climates is using open pans. In open-pan production, salt brine is heated in large, shallow open pans. The earliest examples of this date back to prehistoric times and the pans were made of either a type of ceramic called briquetage, or lead. Later examples were made from iron. This change coincided with a change from wood to coal for the purpose of heating the brine. Brine would be pumped into the pans and concentrated by the heat of the fire burning underneath. As crystals of salt formed, these would be raked out and more brine added.

The open pan salt works has effectively been replaced with a closed pan system where the brine solution is evaporated under a partial vacuum.

In the second half of the 19th century, industrial mining and new drilling techniques made the discovery of more and deeper deposits possible, increasing mine salt’s share of the market. Although mining salt was generally more expensive than extracting it from brine via solar evaporation of seawater, the introduction of this new source reduced the price of salt due to a reduction of monopolization. Extraction of salt from brine is still heavily used; for example, vacuum salt produced by British Salt in Middlewich has 57% of the UK market for salt used in cooking.

How To Harvest Salt

How To Make A Table Salt By Yourself For Yourself

1. Getting The Salt Water

This is the first step in making a salt. In this process, you’ll need to visit a sea or “salt water river” with a container to fetch water from the river into the container.

After fetching the water into your container, allow the particles in the water to settle. Probably for couple of hours.

After settling of sediment in the water. Get a sifter(seiver, mesh or dishcloth), a container that can be placed on fire, cooking pot is recommended.

Gently sieve the sediments off the water into the cooking pot.

You’re halfway done! This step is more delicate. You need to be very careful to avoid scorching your salt.

Below are two methods you can use to boil your sea water.

I. Boil till half of the water is evaporated, or when you start seeing the salt form in the water, you’ll need to start stirring—infrequently at first, but more and more frequently as more water evaporates until you are continuously stirring. The goal here is to get your salt to the consistency of wet sand.

Note: there can still be water in the pot when the sand reaches the right consistency. Try scooping out the salt with your stirring spoon to check the consistency. When it’s like wet sand, thick but still pourable, then you’re done.

II. This method is pretty long. However, the idea with this method is to evaporate the salt without risk of scorching by using low heat. Meanwhile, depending on the amount of salt water you have, this could take multiple days with the stove on, and thus will cost more in energy.

With your pot of seawater on the stove, turn on the burner to the lowest heat setting, and let it evaporate slowly. As with the first method, you’ll probably need to stir your water once it gets low, although it won’t be as necessary as if you were boiling it. And again, you’ll want to get your salt to the consistency of wet sand.

Once you’ve boiled down your seawater and your salt is the consistency of wet sand, you’ll want to scoop it out into a pan to dry. The larger the pan, the thinner you can spread it, and the sooner it will dry.

If you still have water in the pot (which you probably do), I would suggest trying to pour the water into a separate dish, so the majority of your salt is not sitting in water and can thus dry faster.

You can place your pan(s) by a window so that the sun can speed up the drying process. Depending on how much salt you have, and how wet the salt is, this can take anywhere from a few days to a few weeks.

Alternatively, you can place the pan in the oven on the lowest heat (the lowest on my oven is 170 ºF) to speed up evaporation. Some people seem to think that the oven technique changes the makeup of the salt; it however seems to affect the way the crystals form. Either way, it’s worth experimenting with. Just be careful not to burn the salt.

Finally, your salt is ready! Pour it into your salt container or spice jar. Enjoy!.

Should you make a salt by yourself instead of buying? Uhm! One thing is to know “how to”, another is to consider the procedures and stress involved in achieving the final consumption stage. Left for me, I’d say buying a salt is way more easier and faster than making one for yourself. However, if you’ve got the time, WHY NOT? MAKE AS MANY SALT FOR YOURSELF!

ALSO CHECK OUT THESE VIDEOS;

How to MAKE YOUR OWN SEA SALT

Where Does Salt Come From? — How to Make It

More From: The Hows 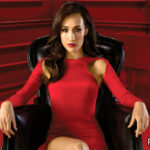 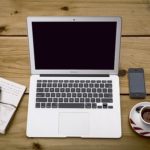