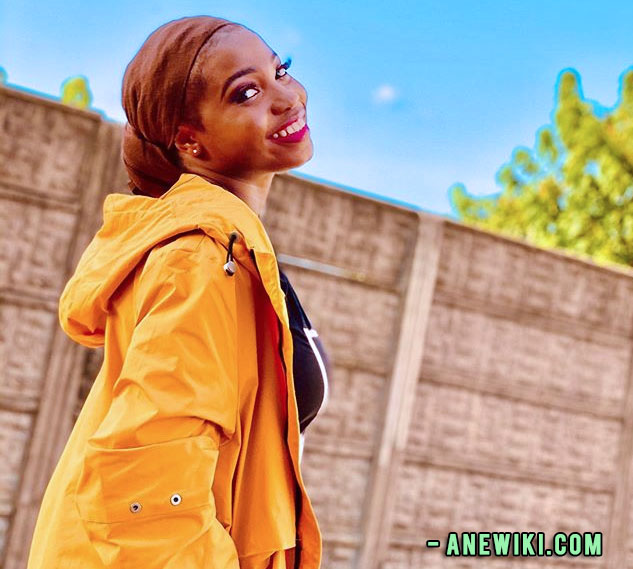 Apaokagi Maryam is a Nigerian comedian known professionally as Taaooma, born on February 28, 1999 in Ilorin, Kwara state, Nigeria. Taaooma began her film making career in 2015 through her boyfriend (Abdulaziz Oladimeji aka Abula) whom taught her basics of video editing, photography & directing skills after when she had returned to Nigeria from Namibia. Taaooma, just like Twyse, Maraji, Aphricanace (Dami Olatunde), KlintonCOD and many others gained popularity by creating a single cast contents while switching roles.

Taaooma was born In Ilorin, Kwara state, Nigeria, on February 28th, 1999 into a family of five (5) [citation needed] and happens to be last born of the family.
Taaooma attended Dolastar Primary school, Adewole, Ilorin Kwara state. In 2009, Taaooma and her parents migrated from Nigeria to Namibia (a country in Southern Africa).
After her middle & high school education in Namibia, she returned to Nigeria in 2015, where she pursued her college certificate education in Kwara State University Malate (KWASU), in Ilorin where she studied Tourism and Hospitality.

In 2015, she met her Boyfriend “Abula” [See Spouse] who taught her The Act of Shooting, Editing and Directing pictures (& motion pictures – videos).
Taaooma developed a template of a regular African mother in her comedy skits — the approach African mothers respond to the actions of their children….

Taaooma attended Dolastar primary school, Adewole, in Ilorin, Kwara state, Nigeria, before her parent migrated from Nigeria to Namibia where she furthered her elementary education in Amazing Kids Private School & Academy and she finished her secondary/middle(& high) school at Concordia College, Windhoek, Namibia.
In 2015, Taaooma returned to Nigeria after she had gained admission into Kwara State University Malate, also known as KWASU, in Ilorin where she studied Tourism and Hospitality.
She served her National Youth Service Corps (NYSC) In Lagos State.

“When Your Nigerian Mom Drives You to School” was her breakout skit but not her first. Taaooma joined Instagram in 2014 – her first post dates back to December 18, 2014 with a picture (a selfie) of her starring at the camera while showing her teeth, with “Walvisbaai, Erongo, Namibia” as location. Then a year later (in 2015), she met her fiancé, Abula, a video director, who taught her video editing. While he sometimes helps in the shooting, the ideas and editing are all hers. “I like to write it down, not type on the phone,” Taaooma said.

“I could remember things that happened and I’ll say, wow, it’s actually funny, I can act it out. And sometimes when I remember it, it might not be as funny, but I’ll just add some things.” – Taaooma

When Taaooma began her career, she had no template. “As at then, I really didn’t know about Instagram. I cannot say, ‘Okay, there is this particular person I was looking up to.’ I just started because I wanted to learn how to edit. I would just upload it and leave. I didn’t think anyone was watching. I wouldn’t get any likes.” Subsequently, she began to study the app’s analytics, planning when to upload a video, and she began to pay attention to the details of her scenes as well. It takes her between two to three days to make a skit. “But it depends on how interested I am and the urgency,” she explains. “If it’s urgent, I’ll have to make it quickly, like in five hours.”

“I am not born with it and none of my family is a comedian, actor or actress, I met Greene Abdul Azeez Popularly Well known As Abula who is a Nigeria Music Video Director, I like him and his work, so I told him to teach me how to design a Birthday video and he promised to teach me more than that

Abula told me if I really want to learn this Video Editing, then I should start making a skit, but I didn’t have an idea of what to do and how to go about it. Then he started giving me a concept of mother and daughter (African Parent), that was how I started making a skit and learning Editing.”

The journey was tough. It even got to a point she almost quit. This was when her fiance, Abula traveled to Lagos and there was no-one to put her through. This however led Taaooma to Youtube where she began streaming videos on video editing – to advance her editing skills.
Although it’s tasking to be a student and chase career on same time-frame, Taaooma ensured the two lines doesn’t cross-other-lane. While she was still in school, she’d return home on weekends to shoot comedy skit, then edit them after returning to school. At first, Taaooma mother wasn’t cool with the career choice because she felt it would affect her educational pursuit. Taaooma, however, gave her a promise to machinate the two sides, which she later agreed.

Before making “Taaooma” her official trademark, her first sobriquet was “je_suis_taaooma“. Dated back to November 22, 2015, was her first skit with her fiance, Abula (then @habouler). She captioned “@habouler thinks he can bully me. My # superpower is greater than his. 😂😂😂 #jeezz he wanted to choke…”

She continued template-less skit shooting till June 1st, 2017, where she introduced her “African Parent” template for her skit. The skit featured herself and her mom (herself, obviously) in the parlour watching a Nollywood movie (starring Banky W and Adesua). The movie got to a scene where an average Nigerian parent felt uncool for their children to behold. Taaooma (the daughter) tried vacating the parlour, while trying to make a stand, her mother (the second Taaooma) confronted her with “Where are you going? Are you just seeing this now? Sit down there” response, while she tried returning her bums to the chair where she’s seated, her mom gave a thunderous shout to vacate the room.

The skit accumulated few views, but then, she continued, using the same template.

Taaooma continued the same African mother-daughter style of comedy, and featured acts in the same genre, which include The Cute Abiola, Adeoye Adeyemi Elesho, EmmaOhMyGod, and many others.

In 2018, Taaooma made her first money in comedy when she was paid by a musician for Single promotion [citation needed]. After then, she began promoting and Advertising for companies and brands.
Taaooma is one of the most followed Instagram Comedians in Nigeria with over 1.2million Active Followers.

Her success has opened doors, but at the moment, “I get money from adverts alone,” she said. Plans are ongoing for a formal monetisation of her platform. “We are all on our toes, one hundred percent,” her manager, Akeem Bello, who started working with in 2020 said. “I plan her calendar a month ahead. She’s not giving me stress. I don’t need to come into her creative thinking. She does it herself. My job is just to keep her on point.”

In 2020, she featured with Nigerian rapper and actor, Falz. “He’s a really nice person,” she said. “We chose the date, and he came and we shot it.” In the skit, Falz’s vulcanizer character is chyking the daughter Taaoo, and Mama Taaoo, whose tyre he couldn’t fix well, pops up to deliver him his slap. She also has featured with Twyse116, DeboMacaroni, Williams Uchemba and many others.

In May 2020 [citation needed], Taaooma launched a finger foods business, “Chop Tao“, which runs deliveries. “I’ve had that in my mind since university,” she says. “Now I share it on Instagram and say, ‘Okay, I have a business,’ and I do advert for it.”

Taaooma is the co-owner, with her boyfriend Abula, of The Greenade Company, a video-making outfit. “We are going to have another part that handles filmmaking,” she says. Should we expect something similar to Funke Akindele’s Jenifa series—with slaps? “I don’t know what kind of movies I really want to make yet, but I’m not sure I want to make a series because it takes so much to keep the storyline. I’ll probably make a one- or two-hour movie.”

Taaooma was born In Ilorin, Kwara state, Nigeria, on February 28th, 1999 into a family of five (5) [citation needed] and happens to be last born of the family. 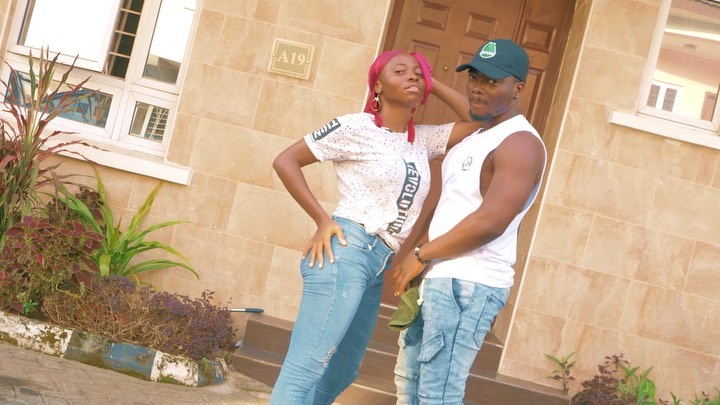 Taaooma is currently in relationship with Greene Abdulaziz Oladimeji aka Abula.

“I met Greene Abdulaziz Oladimeji, Abula who is a Nigeria Music Video Director, I like him and his work so I told him to teach me how to Design a Birthday video and he promised to teach me more than that”.

Currently, there’s no estimated net worth for Taaooma. $Taaooma-NetWorth loading…

In 2019, she won Best Online Comedian of the Year at the Gage Awards. More award list loading… 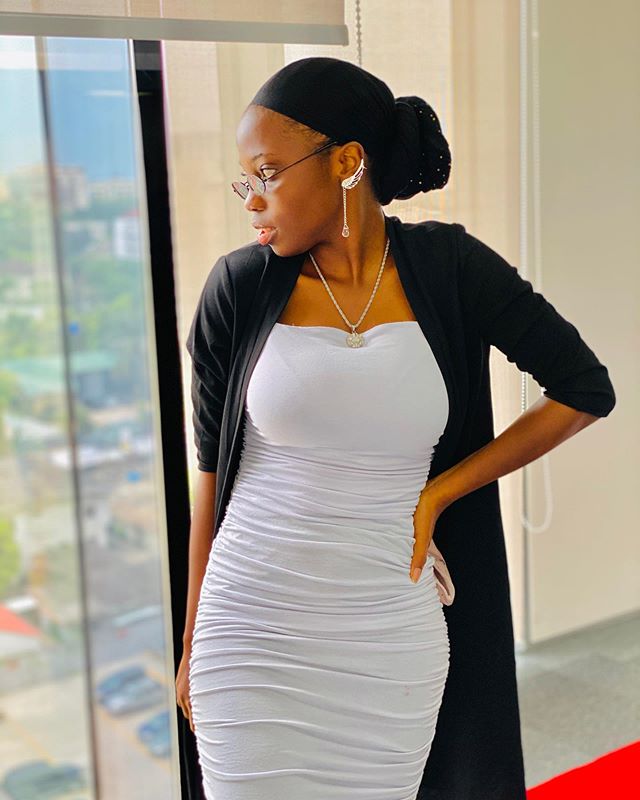 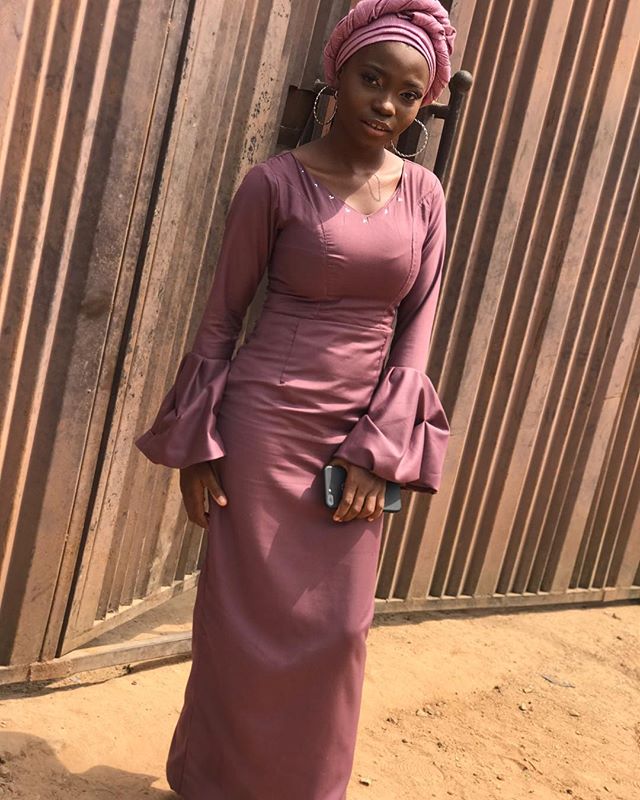 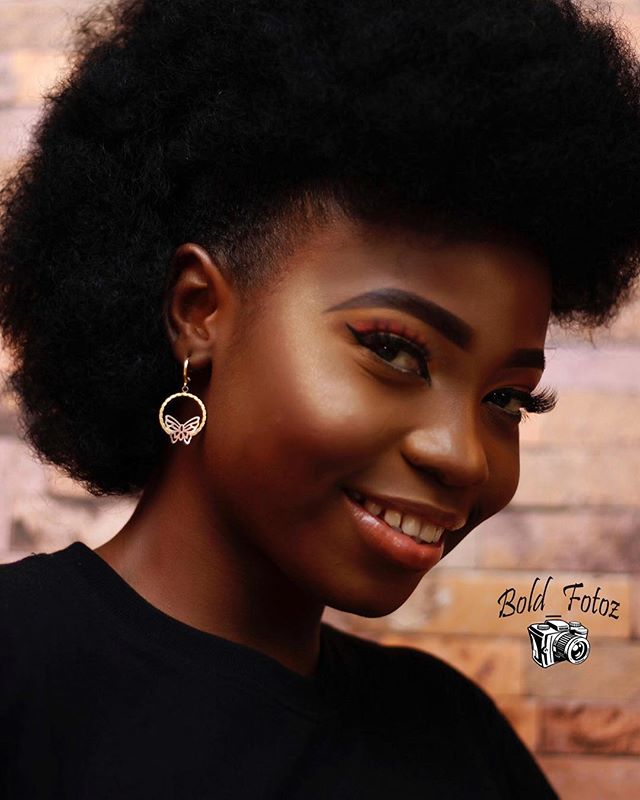 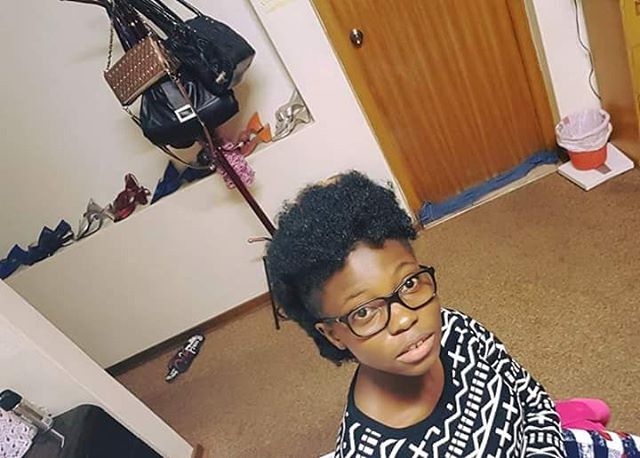 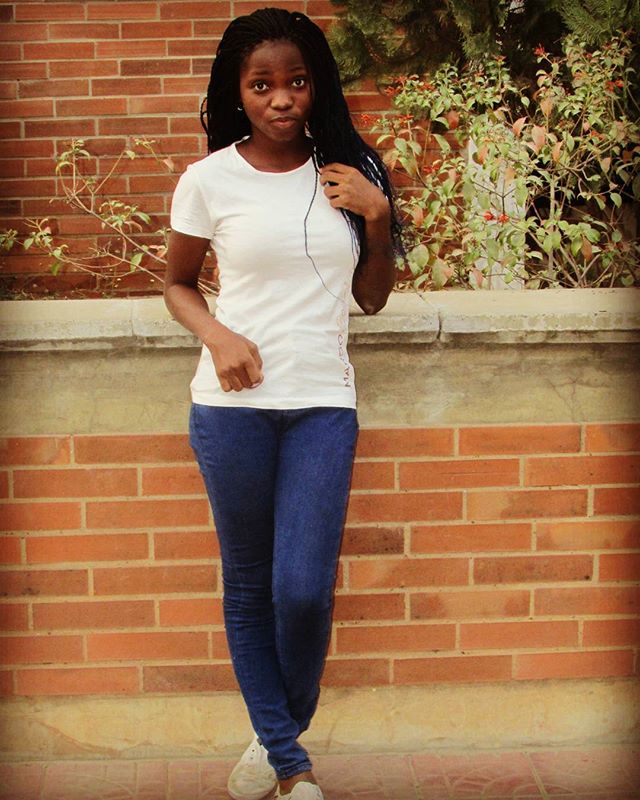 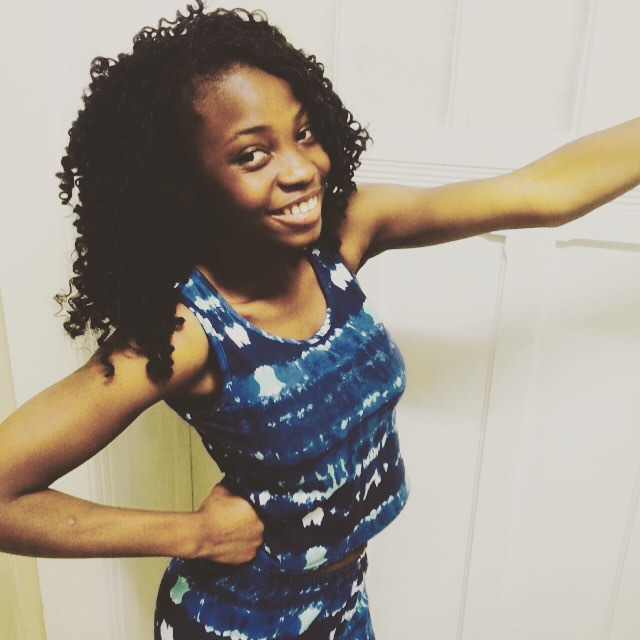 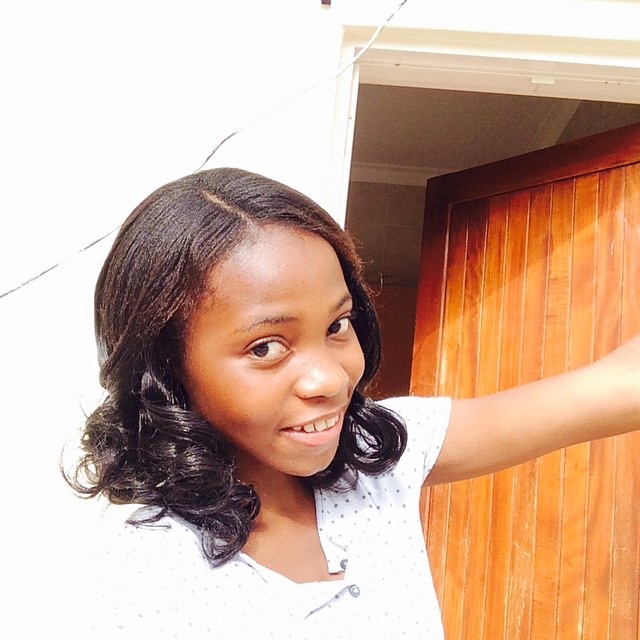 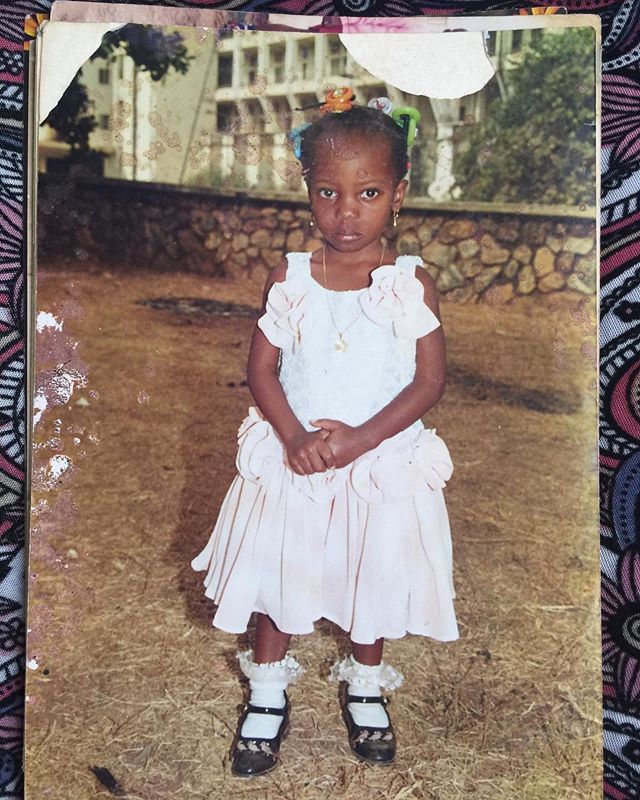 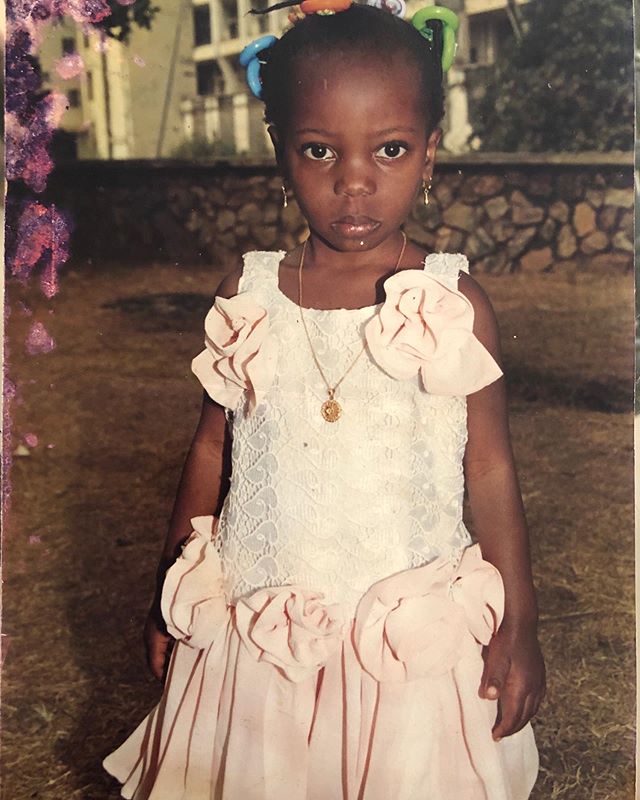 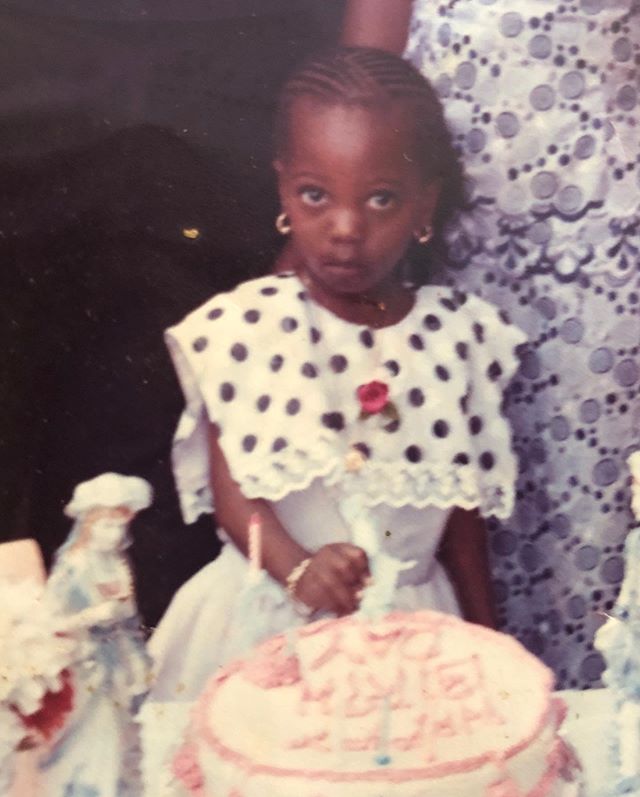 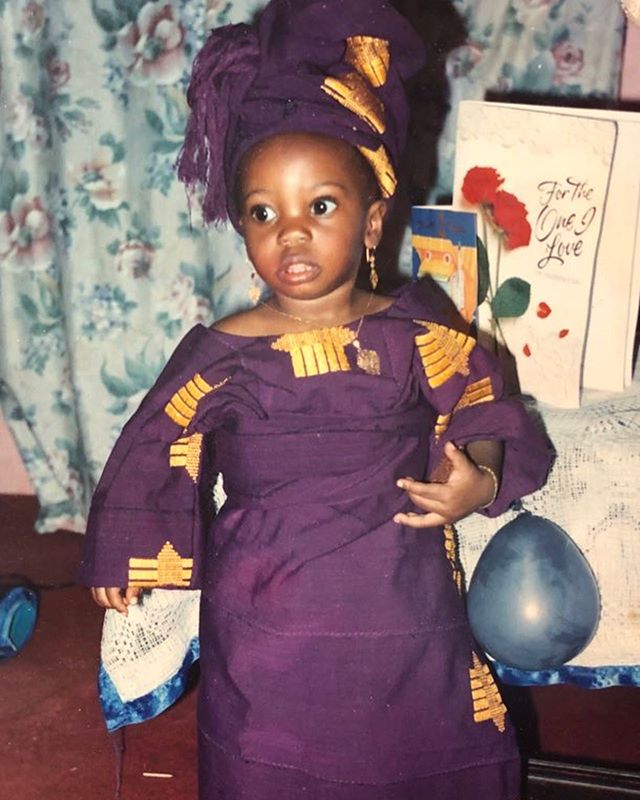 Check Out Some Taaooma Comedy Video

TAAOOMA – WHEN YOUR MUM DRIVES YOU TO SCHOOL

TAAOOMA – WHAT DID DADDY DO SO WRONG? 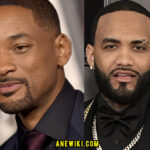 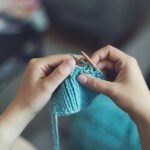