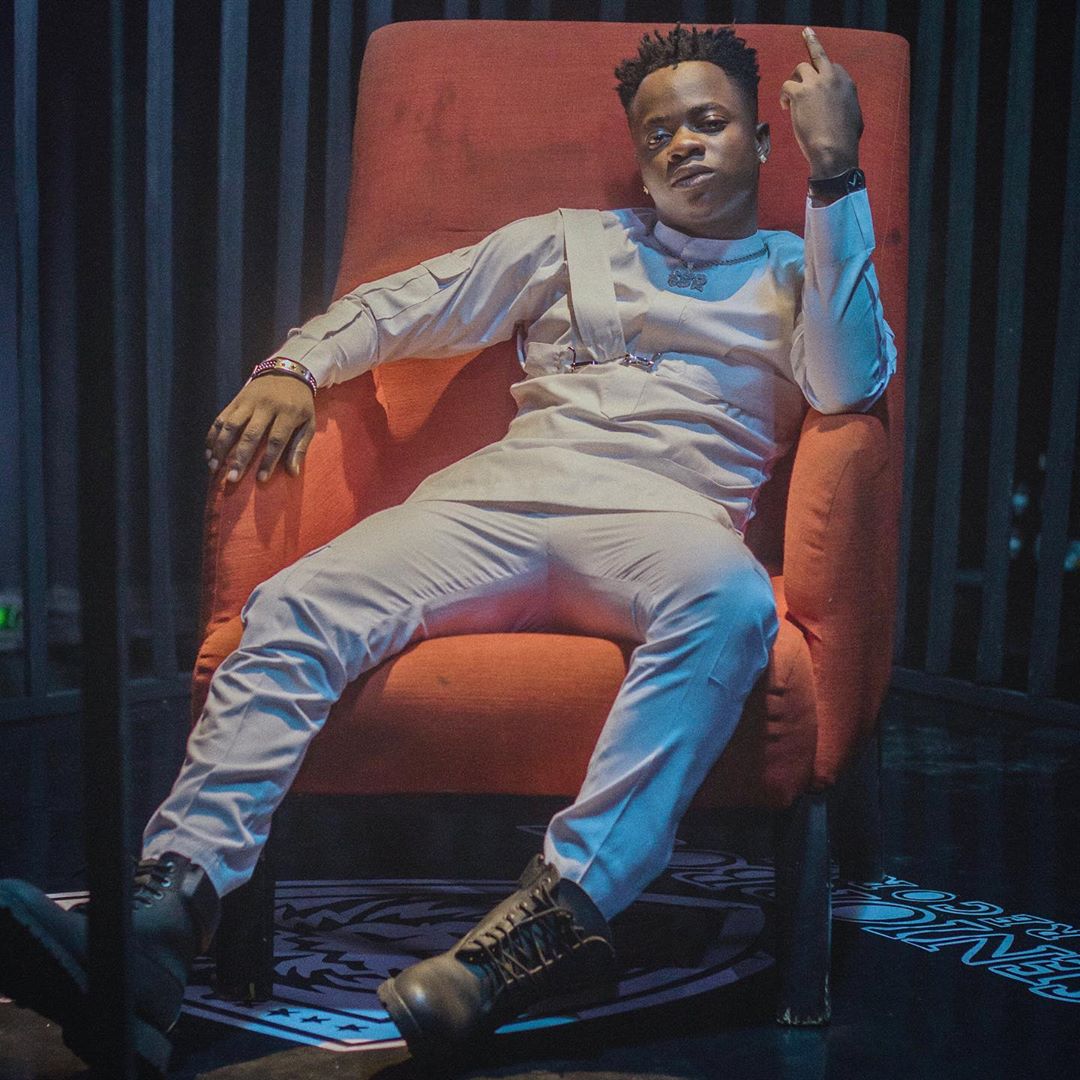 Olaonipekun Olatubosun aka TROD is one the promising yet another local(Ibile) rapper in Nigeria music industry whose aim is to complete the unfinished late rapper legend, Dagrin(his older brother)’s project. Trod was born in Ogun State, Nigeria where he lived most his childhood. Trod the young chap is a kid brother to the late Dagrin. He made it to the top 5 finalists at the Olamide’s “Who U Epp” Competition.

Though many artistes in the industry whom once has worked with his elder brother doesn’t seems showing care about his take(decision). Yet, the lad never stop thrilling the atmosphere with dope rap-line just like his late brother to the listening of the general public, most especially those whom never stop missing the exile of the late brother.

Olaonipekun Olatubosun aka TROD was signed into Misofunyin Entertainment in 2010 – a record label started by his late elder brother Dagrin before he died.

WHAT IS THE MEANING OF TROD?

WHY IS TROD NOT ON WIKIPEDIA?

Hmmm!!! That question sounds awkward you know :P.. Anyways, TROD will soon get featured on wikipedia, so keep chill and stay tune!!! 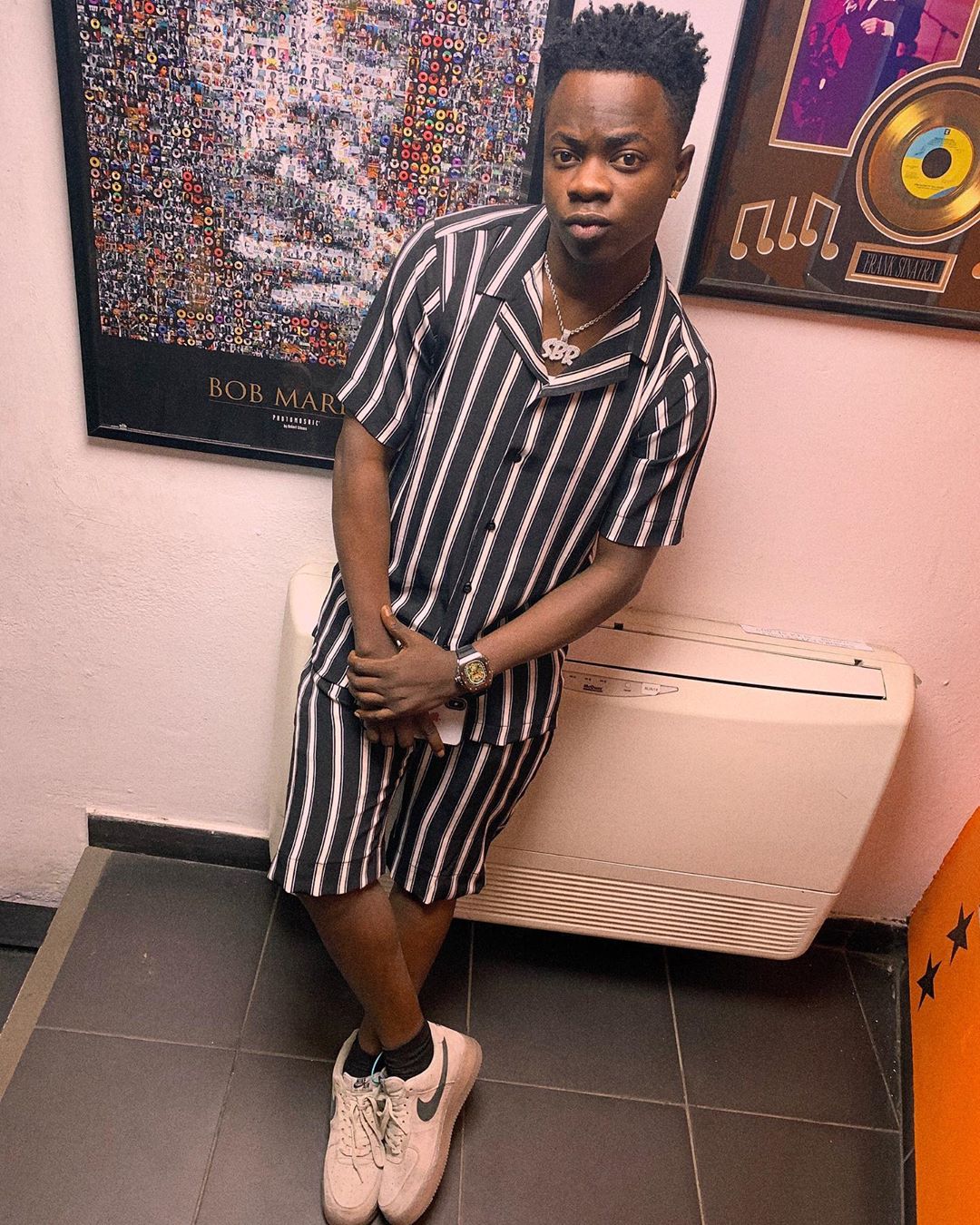 Olaonipekun Olatubosun aka TROD attended Command Day Secondary School in Ijebu-Ode and graduated in 2014. He was admitted as a student Tai-Solarin University Of Education(TASUED) on January 7 2015 where he is studying Social Science and to graduate in 2019.
More Details Loading….

If at all anything should be rated as Olaonipekun Olatubosun aka TROD’s ability or skill, anything music(rap) related should be pointed out as number 1. Trod took after his late brother, Dagrin and has never stop maintaining his stand in it!

Currently, there’s no estimated net worth for TROD, meanwhile if eventually on a long-run, he’s later rate(d) for. I’ll definitely get you guys updated immediately (so stay glued and never stop coming back).

Hey! Hey!! Come back here! Olaonipekun Olatubosun aka TROD as at 2018 is currently single. Whoa! This definitely means there’s vacancy for those crushing on the handsome young looking man. Feel free to apply! (**winks**).

Anyways, when the young lad’s finally gotten the love of his life, I’d get you guys updated immediately! Stay tune and never stop checking okay!

Trod in several interview has made it clear that popular Yoruba indigenous rapper Olamide didn’t copy from Dagrin
One of the interview goes thus:

He opined that, though Olamide’s rap style might sound similar to Da Grin’s, everyone is in the game to make a name and he thinks Olamide has set his own standard.

“Olamide is my best rapper and I love him so much. I have also learnt a lot of things from him and I hope to feature him soon. I don’t hold anything against him. I don’t think Olamide copied Da Grin’s style; their music only sounds similar. We’re all in the game and everyone is doing their thing.”

Talking about his career and the shooting of the visuals to his song “Wild Mind, Trod expressed his desire to let everyone know that although Da Grin is dead, his spirit still lives.

He said: “I am here to continue what he (Da Grin) couldn’t finish and I’m not joking about it. My eyes are set on the throne and I wouldn’t rest till I wear the crown. It took me so long to shoot the video (of ‘Wild Mind’) because I’m a student of Tai Solarin University of Education, Ijebu Ode, and I have to concentrate on my studies, so I don’t have the luxury of time.”

Trod further revealed that his parents have no issue with him doing music despite the ill fate of his deceased brother.

“My parents cannot decide for me. I have so much interest in music and I decided to go for it because I know it would profit me. Besides, everybody in my family loves music, so it’s all good.” 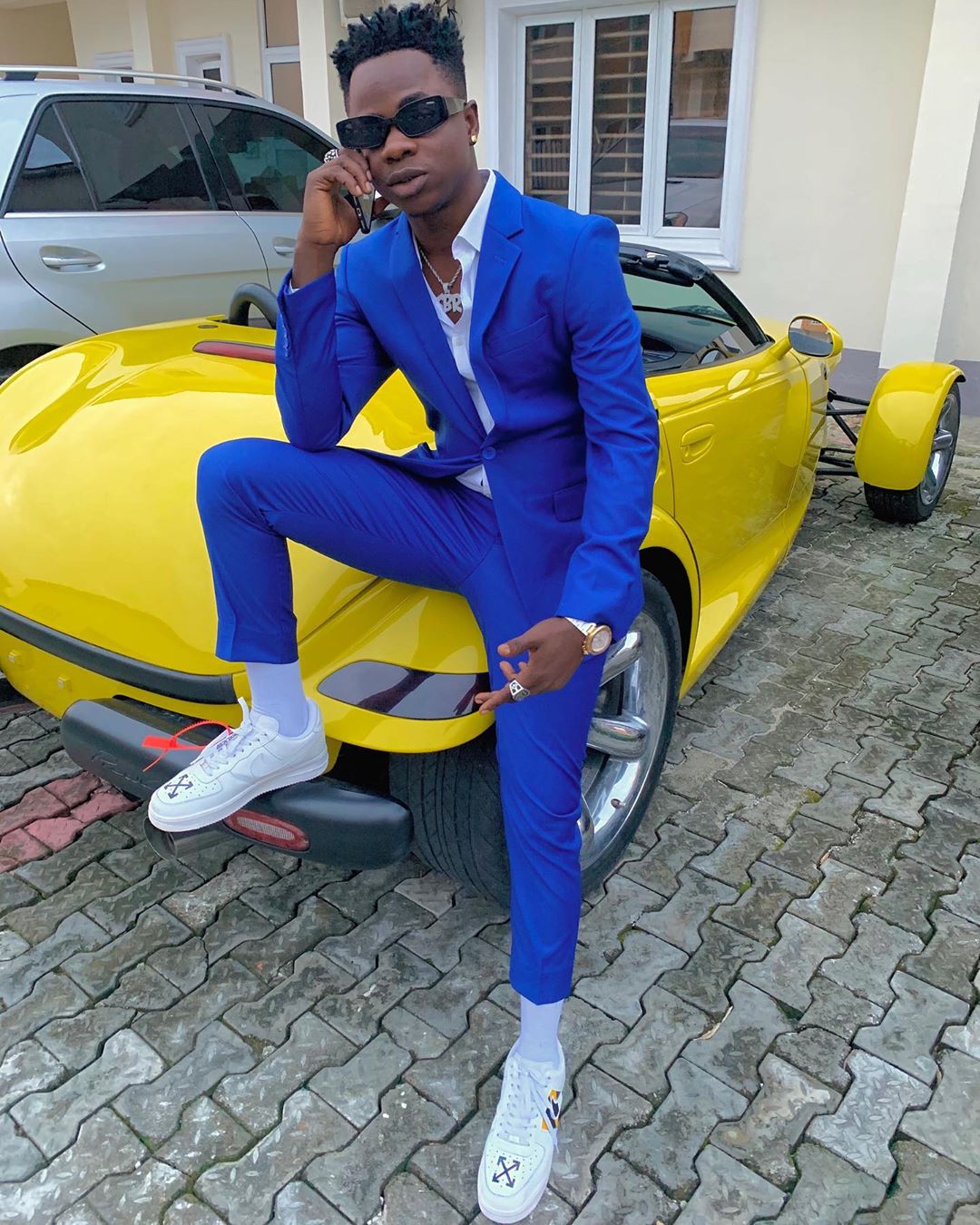 In another set of interview which involved Trod’s Family relatives where they were asked each to disclose their view about Dagrin and the current music industry status about Dagrin’s style of music. Trod again still stand on his words that if “Dagrin was alive, Olamide will still be there” read below:

“The family of late rapper, DaGrin, has addressed random comparisons made between him and YBNL boss, Olamide saying the late lyricist remains unique.

DaGrin’s family comprises of his dad, Comrade Olaniyi Olaonipekun, and his two brothers, Abiola ‘Great Dynamite’ Olaonipekun and Olatubosun ‘TROD’ Olaonipekun. They were featured on an episode of upcoming TV show, The Legendary Show, on which DaGrin was also honoured as a Perennial Legend.
While discussing with the show’s host, Gloria Maduka, the issue of DaGrin’s success in making indigenous rap acceptable to youths is brought up as well as this acceptance making a way for fellow indigenous rappers like Olamide.

Gloria then asks: “…when people go ‘Olamide vs DaGrin’; ‘if not for DaGrin there would have never been an Olamide’, what are your  thoughts on that? Please, tell us.”

“We don’t see it that way. There can never be another DaGrin again,” Olaniyi Olaonipekun, DaGrin’s father, replies calmly.

The most honourable and lowly of responses came from DaGrin’s younger brother, Olatubosun ‘TROD’ Olaonipekun, who spoke about his admiration for Olamide. He said: “I love Olamide. I love rap music…if Dagrin was still alive sef, Olamide will still be alive (successful).” This was followed by a thunderous ovation from the show’s audience.

DaGrin’s brothers, Dynamite and TROD are also recording artistes in the indigenous rap genre which they proved by giving an honourary performance on The Legendary Show.”

As a sibling to the late Dagrin, has it fetched you some favour at any point?

Sure, I’m a rapper and no rapper in this Nigerian Music Industry can say he or she hasn’t been inspired by Dagrin’s songs. We all have something to pick from either his lyrics or vibes. Dagrin is not just a legend, he’s left a legacy has now become a trend in the industry. Not only that, a legacy which now puts food on the table of many families.

Anything remarkable about the legend?

You just shot a street viral video that is similar to Dagrin’s Pon Pon Pon, are you creating your own style or following the path of the late CEO?

Yes sure. I’ve been keeping it real since Dagrin died. So I think I also enjoy it, dwelling in my own culture. Though, right now, my rap is not gonna be on Yoruba alone but the universal indigenous thing.

What should your fans expect from you soon?

Ehn ehn! A lot of things are on ground,
Just expect Dagrin in a new dimension

Da Grin was a famous indigenous rap artiste. Born on 25 October 1987 in Ogun state. Meanwhile, His prolific rap lyrics in Yoruba language won the hearts of everyone as he carved a niche for himself inspite of the presence of pioneer mother-tongue rappers like ‘Lord of Ajasa’

The “Kondo” crooner’s sojourn was cut short on April 22, 2010 when he died from injuries he sustained in a fatal accident. Continue Reading Here