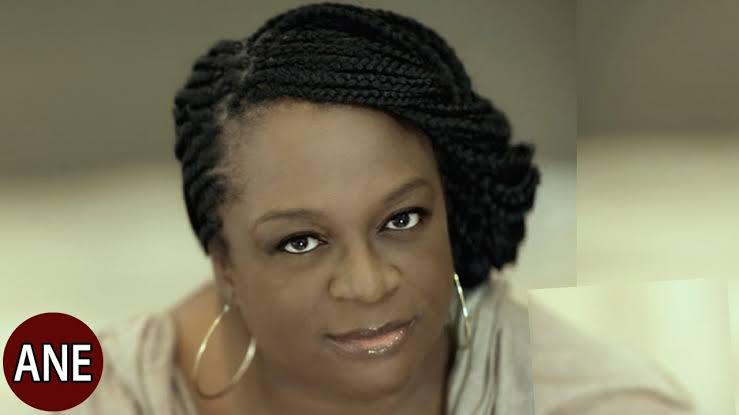 Lion Heart ended on a note of togetherness and hope, but also paid tribute to someone called Amaka Igwe. Who is Amaka Igwe? Stay tune as we reveal necessary details about Amaka Igwe.

Amaka Igwe was a Nigerian filmmaker and broadcasting executive. Amaka Igwe was the owner of Top Radio 90.9 Lagos and Amaka Igwe Studios. she was recognized as one of the second generation filmmakers who helped begin the video film era of Nigerian cinema. She remained a prominent figure in the industry until her death in 2014.

Amaka Igwe was born into the family of seven and happens to be the fifth position. She was born in January 2nd 1963.

She is married to Charles Igwe with three kids, two sons and a daughter.
Amaka Igwe was an accomplished writer, producer, director, entrepreneur and teacher. A pioneer of modern Nigerian TV drama and film, she hit national limelight as the writer and producer of award-winning TV soap ‘Checkmate’ and its offshoot ‘Fuji House of Commotion’. Her Nollywood projects include “Rattle snake” and “Violated”, which set Amaka Igwe Studios apart in the Video film era of Nigerian cinema. She founded BOBTV Exp., and was the founder and CEO of the Lagos mainland-based Top Radio 90.9FM station, the quality content production powerhouse, Amaka Igwe Studios and Q Entertainment Networks, and DSTV channel.

She studied at All Saints School and Awkunanaw Girls High School in Enugu. She boxed, played basketball, and was captain of the girls’ soccer team. During her A-Levels at Idia College, Benin, Amaka Igwe began to explore her creative side. She taught people the Atilogwu dance, and competed nationally. She also began writing plays and songs. Amaka Igwe wanted to study law, but officials of the Joint Admissions and Matriculation Board (JAMB) offered her “Education and Religious Studies (Theology)” instead. Hence, she studied Education/Religion at the University of Ife (now Obafemi Awolowo University).

From OAU, Igwe jointed the MNET short film “Barbers Wisdom” as director and then proceeded to the University of Ibadan, where she obtained a master’s degree in Library and Information Sciences. She spent her time during her National Youth Service Corps(NYSC) as a travelling secretary for the Scripture Union. She then worked at the Anambra State University of Technology as an executive director at Eida Information Systems before settling in the creative industry. She married her husband Charles Igwe in April, 1993, and had three children.

WHY’S THE MOVIE DEDICATED TO HER?

Of course, Amaka Igwe, at a time when Nollywood was not taken serious she didn’t conform to low standards as a means to achieving success and for inspiring many Nigerian movie makers, Nigerians, and the world as a whole for raising the bar in movie and TV production in Nigeria, setting, attaining and maintaining high standards with her company Amaka Igwe Studios.

Do you know Amaka Igwe? Why do you think the movie was dedicated to her, react in the comment section below. 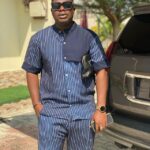