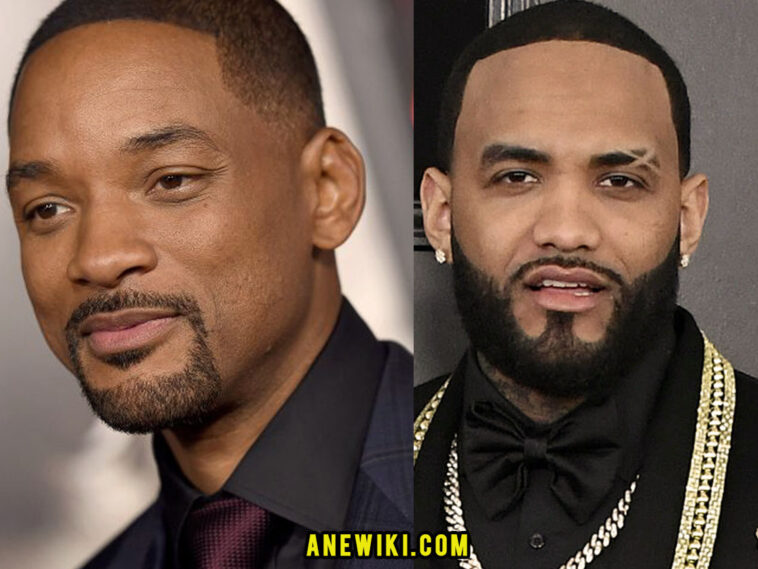 Like – Stan to Eminem, what if Will Smith hadn’t reply Joyner Lucas?

It was the year 2000 – beginning of a new century, no viral usage of internet, wait, internet? Google was just but a year-old, nothing like social media, it was all about letter writing and buying tickets to attend favorite artist’s shows… Oh, yeah! There was Yahoo (search engine and mailing service) – but only few individuals had access to the internet.

None knew something was going-on till Eminem rolled out the debut titled “Stan,” with Dido on the chorus mash.

“Stan?,” why would Em make a track titled “Stan”? This obviously must’ve been everyone’s reaction – on-seeing the track title on his track-lists for his third studio album “The Marshall Mathers LP (2000)“. Well, it was a song about an obsessed fan [Stanley “Stan” Mitchell] whom ended up killing himself and his pregnant girlfriend over unanswered letters he wrote to Eminem (who replied after he [Stan] had committed suicide).

In 2017, 17-years later, Oxford English Dictionary featured “Stan” into their word lists – using Eminem’s definition. This did led many to revisit the debut and thoroughly listened to the song matching along with the lyrics to understand what Eminem said.

Stan means; “A maniacally obsessive fan of a celebrity, particularly one whose fixation with the celebrity is unhealthy or intrusive.” – The song “Stan,” also; is one of Eminem’s Signature hits [songs]. It was ranked number 296 on Rolling Stone magazine‘s list of “The 500 Greatest Songs of All Time“, likewise ranking number 15 on VH1’s list of the greatest hip hop songs of all-time and was also named in the Rock and Roll Hall of Fame’s 500 Songs that Shaped Rock and Roll.

The song tells the story of a person named Stanley “Stan” Mitchell (voiced by Eminem) who claims to be Eminem’s biggest fan. He writes Eminem several letters; over three verses, he becomes more obsessive, and when there is no reply he becomes angrier. He finally creates a voice recording of himself drunk-driving his car, calling back to Eminem’s “My Name Is” with the lyrics “I drank a fifth of vodka, you dare me to drive?” He reveals that his pregnant girlfriend is tied up in the trunk as he proceeds to drive into the river, shortly after coming to the realization that he doesn’t know how Eminem will hear the tape.

The fourth verse features Eminem as himself, attempting to write back to Stan and reason with the troubled young man, only to realize—to his surprise—that the man was Stan and the tape collected by the police was for him.

Now, this was 20-years later, where to live a normal life, you must include social media, and can’t do almost anything without the internet.Off his ADHD (2020) album – track number 17, comes the tribute song to Will Smith.

With a well constructed ryhymes, touchy-words, attractive video and bunch of mentions and reposts, Will Smith attention got dragged through Jaden [His Son] to the debut, “Will,” by Joyner Lucas. “Jaden showed me,” he [Will Smith] said.

In the debut, Joyner expressed his heartfelt for Will Smith and how he had always admired him – wished to be like him, et all.. Which indirectly means; Will is his role model, the one he looks up to be like.

Although Will Smith has always been a devoted figure for fans, but road to making a track with Joyner is very narrow. He did it anyway.

But WHAT IF he [Will Smith] acted callous to the debut, would Joyner have committed suicide? Or worse still, hold grudges against Wills for snubbing him?

“Joyner Lucas had committed suicide”
The number-reach of the track would’ve gone higher than what it’s accumulated so far.

Why? Of course, people likes showing concern to things when it’s over – more than when it was ongoing. “the dead gets the fame, the living strives for it.”
Quite obvious it’s the world we found ourselves in, but we’ve gotta live it anyway!

…and Will Smith would’ve been badmouthed in every lose-and-tight corners of the media. For ages, it wouldn’t clear off. Headlines like; “Singer Commits Suicide As Will Smith Snubbed His Song,” “Joyner Lucas Commits Suicide Because of Will Smith,” these and lots more would mount atop…

Will Smith responded! All things being equal (ceteris paribus), he “got back on his old shoes,” topped with a magnificent hit-back – track! All went fine, and everyone’s HAPPY!

However, if Will Smith hadn’t reply him, he definitely would’ve find a way to make the song reach him – via one way or the other. And Joyner would never had commit suicide! This I’m sure!

Do you think Joyner Lucas did the song to chase clout?

Should you shoot your shot at your favorite public figure[your G.O.A.T]? Well, NO, and… Yes!
No because, you might end up getting disappointed.
Yes – it’s good to always make a try.

In 2018, Joy Dennis (Quasar Miami, then) wrote & produced a song for MI Abaga, fortunately, he got a twitter repost by Chairman[Jude Abaga] himself, but obviously ended there. He wasn’t even able to make a single sale of the track in online stores (where he’d put it up for sale).

In a nutshell, while trying to make your move, be 20% expectant – 80% pessimist. Just do it for love and expect less. Regardless, NEVER GIVE UP. Adios. ✌

WHO IS WILL SMITH?

Willard Carroll Smith Jr. (born September 25, 1968) is an American actor and rapper. In April 2007, Newsweek called him “the most powerful actor in Hollywood”. Smith has been nominated for five Golden Globe Awards and two Academy Awards, and has won four Grammy Awards.

In the late 1980s, Smith achieved modest fame as a rapper under the name The Fresh Prince. In 1990, his popularity increased dramatically when he starred in the NBC television series The Fresh Prince of Bel-Air, which ran for six seasons from 1990 to 1996. After the series ended, Smith transitioned from television to film and went on to star in numerous blockbuster films. He is the only actor to have eight consecutive films gross over $100 million in the domestic box office, eleven consecutive films gross over $150 million internationally, and eight consecutive films in which he starred open at the number one spot in the domestic box office tally.

Smith has been ranked as the most bankable star worldwide by Forbes. As of 2014, 17 of the 21 films in which he has had leading roles have accumulated worldwide gross earnings of over $100 million each, with five taking in over $500 million each in global box office receipts. As of 2016, his films have grossed $7.5 billion at the global box office. For his performances as boxer Muhammad Ali in Ali (2001) and stockbroker Chris Gardner in The Pursuit of Happyness (2006), Smith received nominations for the Academy Award for Best Actor.

WHO IS JOYNER LUCAS?

Lucas received widespread exposure and critical acclaim after the release of his single “Ross Capicchioni” in 2015. In June 2017, he released his fourth mixtape, 508-507-2209, which was his first on a major label. On November 28, 2017, Lucas released his single “I’m Not Racist”, which went viral very quickly and helped him gain further attention and praise. The video was nominated for the Grammy Award for Best Music Video at the 61st Grammy Awards. Lucas was formerly signed to Atlantic Records, until he announced his departure from the label in December 2018.

Ever since 2016, Lucas has also become known for remixing popular hip hop songs. In October 2018, he announced his debut studio album ADHD, which was released on March 27, 2020.

WHO IS JADEN SMITH?

Jaden Christopher Syre Smith (born July 8, 1998), known mononymously as Jaden, is an American rapper, singer, songwriter, and actor. He is the son of Jada Pinkett Smith and Will Smith. Jaden Smith’s first movie role was with his father in the 2006 film The Pursuit of Happyness. He also acted in the 2008 remake of The Day the Earth Stood Still, the 2010 remake of The Karate Kid and in the 2013 film After Earth with his father.

Following the critical panning of After Earth, Smith distanced himself from acting and the film industry, deciding to focus on music instead.[citation needed] He released CTV2, his second mixtape, in November 2014. Following a three-year work effort, he released his debut studio album, Syre, on November 17, 2017. His second studio album, Erys, was released on July 5, 2019.

Will (Remix) Lyrics | Will Smith Response

Yeah
You feelin’ like me? I feel like a prince that turned to a king
Found me a queen, started a family and got me a team
On top of my dreams, Joyner, I know you inspired by me
Like I was inspired by Nelson Mandela, I give him a rose for every endeavor
And shoutout to Julius Erving, one of the legends I worship
Muhammad Ali put the work in, he was the champ, the greatest, he earned it
I love that you think that I’m perfect but I have plenty mistakes and burdens
My grandmama thought I was worthless, she always got at me when I was searching
I wouldn’t be me if it wasn’t for her (I wouldn’t be Will)
I wouldn’t be Willie, I couldn’t be me if there wasn’t no Eddie
I wouldn’t be Will if I wasn’t from Philly
Ain’t nothin’ much that you really can tell me
Willy been cold since Benny and Jerry
Must’ve forgot that I really get busy
They must’ve forgot who invented “Get Jiggy,” ayy
Back before there was streaming sales
Way before all the iTunes and the fans had to get CDs still
Sixty million records sold, I was on fire, I ain’t even need a grill
Did it all with no cuss words, I ain’t have to curse just to keep it real
Me and Jazz in the late eighties, writin’ rhymes, makin’ tapes daily
Fresh Prince make the babes crazy, rest in peace to James Avery
Even when the streets call me corny I still ain’t ever let the hate break me
I just wanted the respect first, I still ain’t ever let the fame change me
New me, but I’m old school
Big Willy on the ProTools
Still fresh and I’m so smooth
I still got on my old shoes
I give Jada one thousand kisses, ain’t nothin’ change since ’02
Martin Lawrence get a rose too
He a legend and a GOAT too
Man, I love how you break the rules
Pushing limits and you make it cool
Joyner Lucas wasn’t made to lose
You a legend in the making too
What a beauty, my life’s a movie
I swear I’m only on take two
All my kids turned out great and I know your son gon’ be great too
Brick by brick, buildin’ a wall that no one could break
Flip by flip, glad I could help so you could be straight
And life’s a trip, but who could relate?
The legends are gone but it ain’t too late
To give ’em a rose and carry the grace
‘Cause not every hero is wearin’ a cape 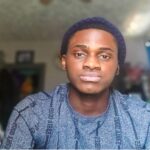 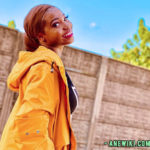