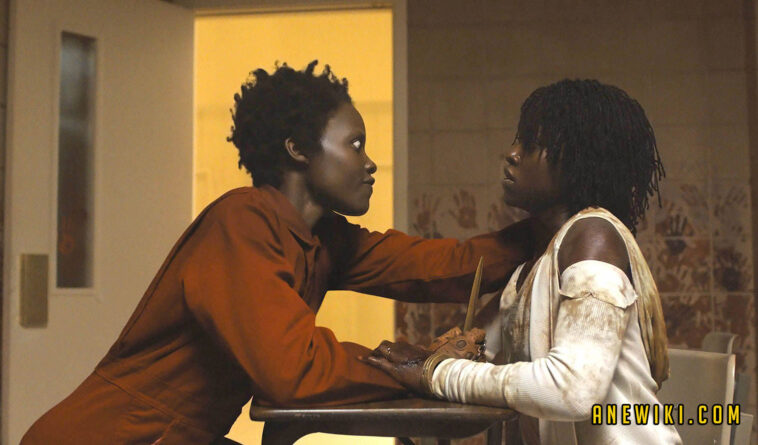 Us is a 2019 American psychological horror film written and directed by Jordan Peele, starring Lupita Nyong’o, Winston Duke, Elisabeth Moss, and Tim Heidecker. The film follows Adelaide Wilson (Nyong’o) and her family, who are attacked by a group of menacing doppelgängers.

The project was announced in February 2018, and much of the cast joined in the following months. Peele produced the film alongside Jason Blum and Sean McKittrick (with the trio previously having collaborated on Get Out and BlacKkKlansman), as well as Ian Cooper. Filming took place from July to October 2018 in California, mostly in Los Angeles and Pasadena and also in Santa Cruz.

Us had its world premiere at South by Southwest on March 8, 2019, and was theatrically released in the United States on March 22, 2019, by Universal Pictures. It was a critical and commercial success, grossing $255 million worldwide against a budget of $20 million, and received praise for Peele‘s screenplay and direction, as well as the musical score and Nyong’o‘s performance.

Below are Us (2019) cast and their social media handles 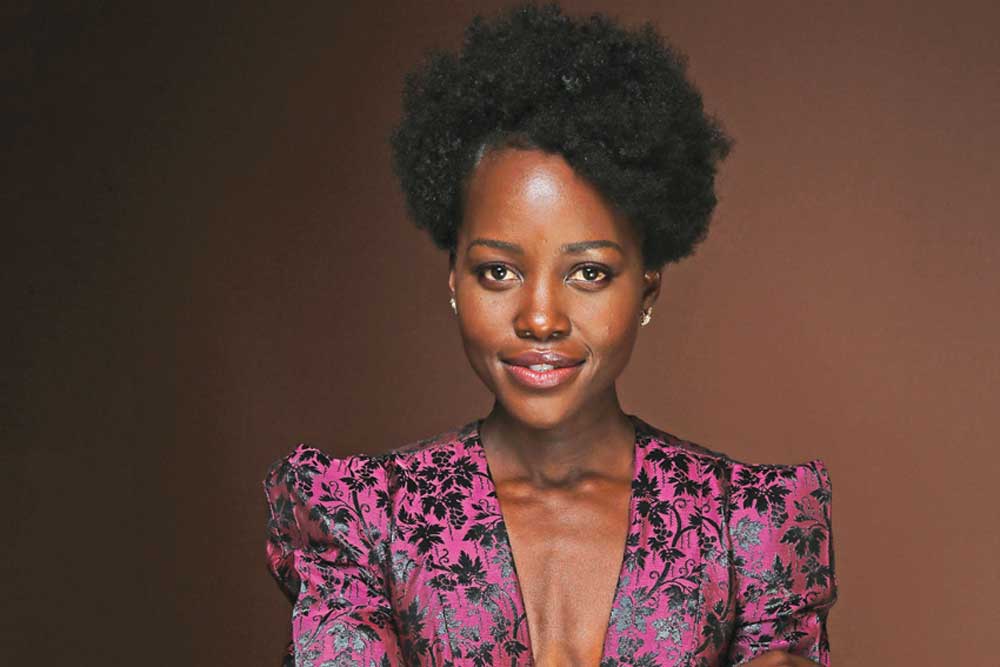 Lupita Nyong’o: Lupita Amondi Nyong’o (US: /luːˈpiːtə ˈnjɔːŋoʊ/, Kenyan English: [luˈpita ˈɲoŋo] Spanish: [luˈpita ˈɲoŋɡo]; born March 1, 1983) is a Kenyan-Mexican actress and author. The daughter of Kenyan politician Peter Anyang’ Nyong’o, Nyong’o was born in Mexico City, where her father was teaching, and was raised in Kenya from the age of one. She attended college in the United States, earning a bachelor’s degree in film and theater studies from Hampshire College.
Nyong’o began her career in Hollywood as a production assistant. In 2008, she made her acting debut with the short film East River and subsequently returned to Kenya to star in the television series Shuga (2009–2012). Also in 2009, she wrote, produced and directed the documentary In My Genes. She then pursued a master’s degree in acting from the Yale School of Drama. Soon after her graduation, she had her first feature film role as Patsey in Steve McQueen’s historical drama 12 Years a Slave (2013), for which she received critical acclaim and won several awards, including the Academy Award for Best Supporting Actress. She became the first Kenyan and Mexican actress to win an Academy Award.
Nyong’o made her Broadway debut as a teenage orphan in the play Eclipsed (2015), for which she was nominated for a Tony Award for Best Actress in a Play. She went on to perform a motion capture role as Maz Kanata in the Star Wars sequel trilogy (2015–2019) and a voice role as Raksha in The Jungle Book (2016). Nyong’o’s career progressed with her role as Nakia in the Marvel Cinematic Universe superhero film Black Panther (2018) and her starring role in Jordan Peele’s critically acclaimed horror film Us (2019).
In addition to acting, Nyong’o supports historic preservation. She is vocal about preventing sexual harassment and working for women’s and animal rights. In 2014, she was named the most beautiful woman by People. Nyong’o has also written a children’s book named Sulwe (2019), which became a number one New York Times Best-Seller. She was named among Africa’s “50 Most Powerful Women” by Forbes in 2020. 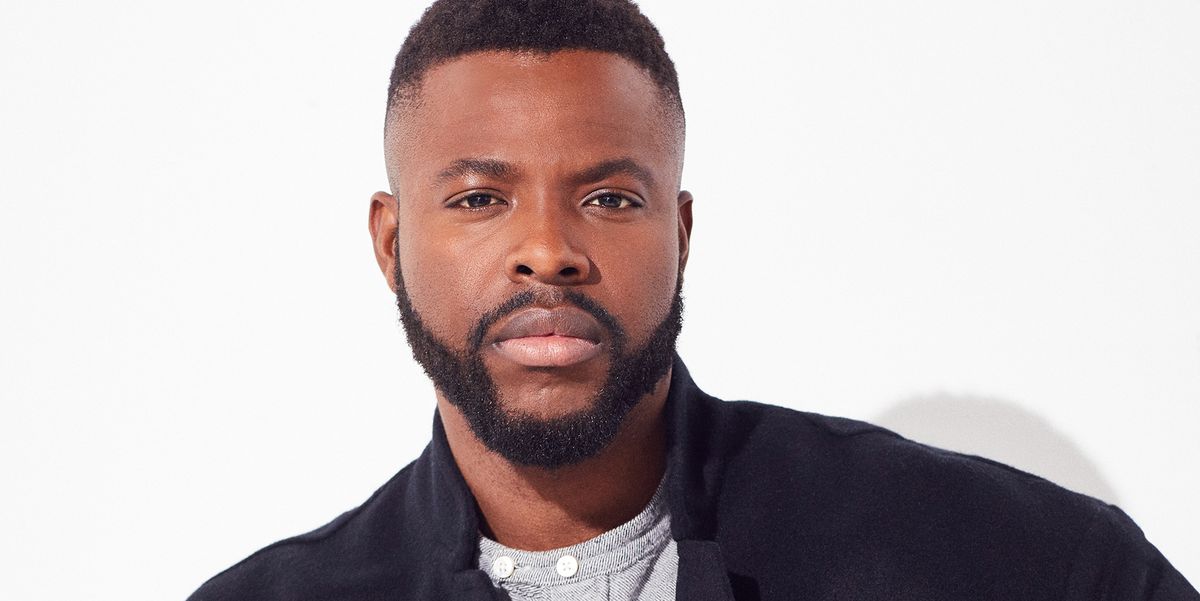 Winston Duke: Winston Duke (born November 15, 1986) is a Trinbagonian–American actor. He is best known for his role as M’Baku in the Marvel Cinematic Universe films Black Panther (2018), Avengers: Infinity War (2018), and Avengers: Endgame (2019). He also starred in Jordan Peele’s horror film Us (2019). 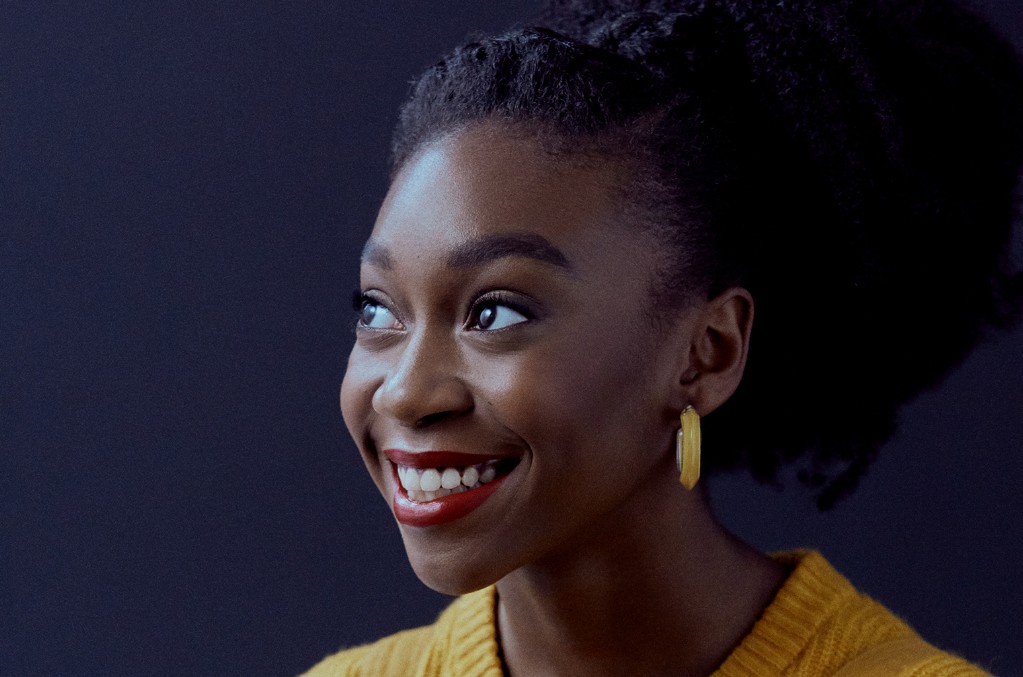 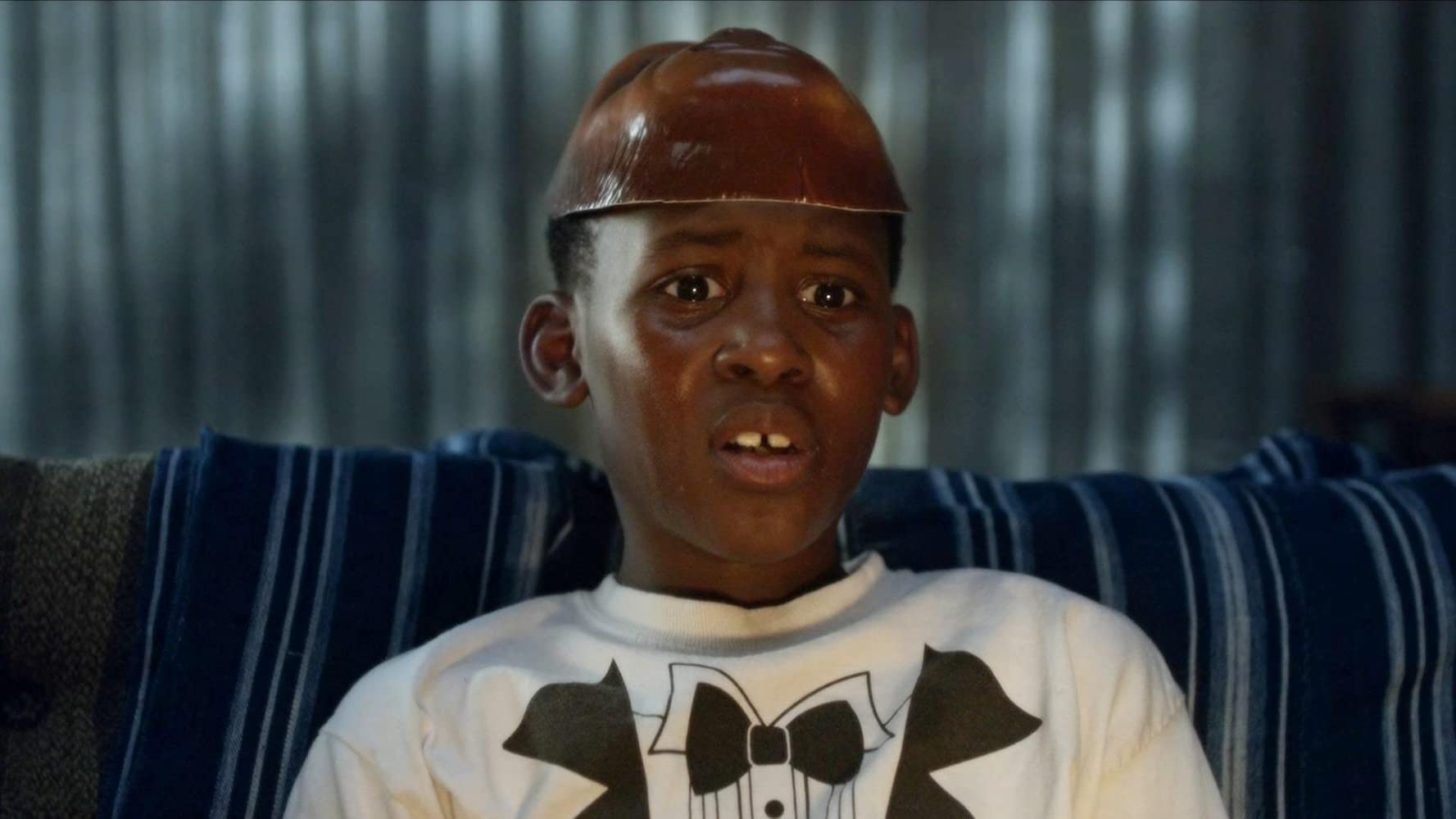 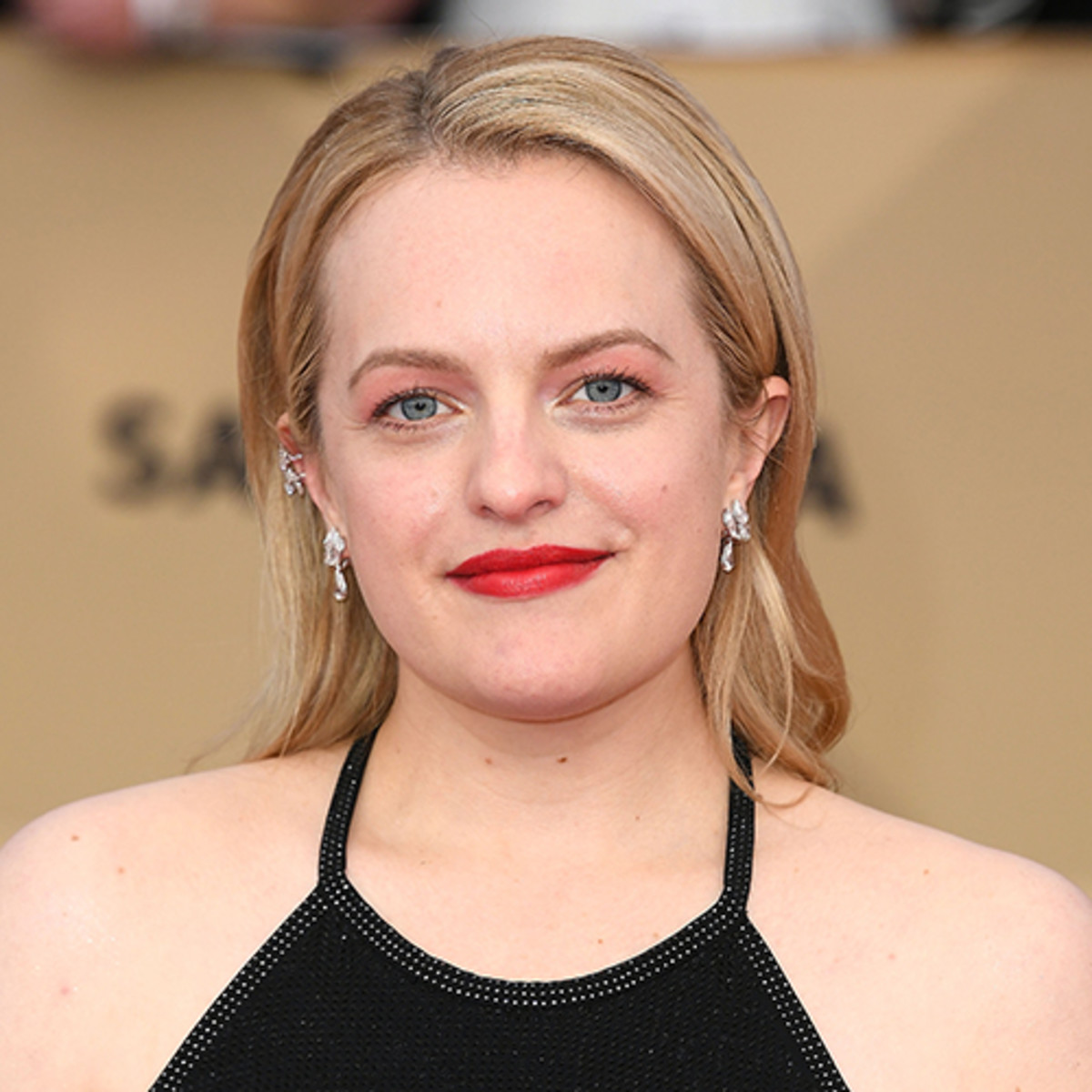 Elisabeth Moss: Elisabeth Singleton Moss (born July 24, 1982) is an American actor. She is known for her work in several television dramas, earning such accolades as two Primetime Emmy Awards and two Golden Globe Awards, which led Vulture to name her the “Queen of Peak TV”.
Moss began acting in the early 1990s and first gained recognition for playing Zoey Bartlet, the youngest daughter of President Josiah Bartlet, in the NBC political drama series The West Wing (1999–2006). Wider recognition came for playing Peggy Olson, a secretary-turned-copywriter, in the AMC period drama series Mad Men (2007–2015). She won the Golden Globe Award for Best Actress – Miniseries or Television Film for her portrayal of Detective Robin Griffin in the BBC miniseries Top of the Lake (2013), and she won the Primetime Emmy Award for Outstanding Lead Actress in a Drama Series and Outstanding Drama Series for producing and starring in the Hulu dystopian drama series The Handmaid’s Tale (2017–present).
In film, Moss had supporting roles in Girl, Interrupted (1999), Get Him to the Greek (2010), and Us (2019); and starring roles in The One I Love (2014), The Square (2017), and The Invisible Man (2020). She has also starred in three films by Alex Ross Perry, including Her Smell (2018). Her theatre work includes Broadway productions of David Mamet’s Speed the Plow and Wendy Wasserstein’s The Heidi Chronicles. For the latter, she received a nomination for the Tony Award for Best Actress in a Play. She has also appeared in the West End production of Lillian Hellman’s The Children’s Hour. 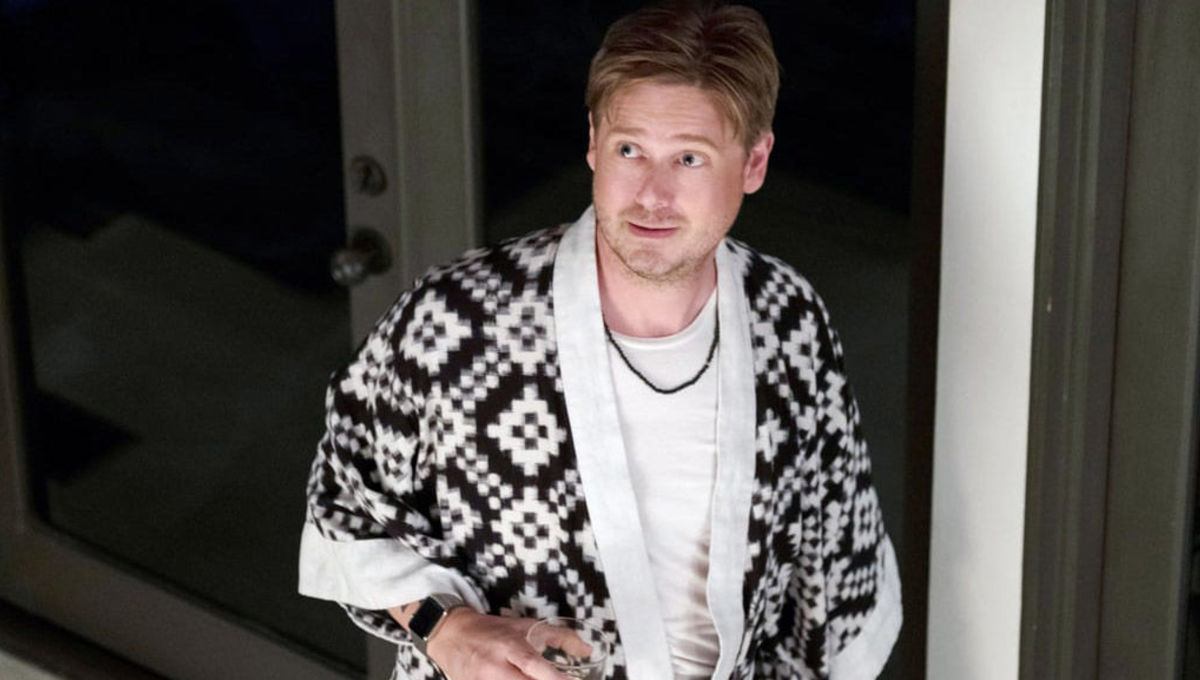 Tim Heidecker: Timothy Richard Heidecker (/ˈhaɪdɛkər/; born February 3, 1976) is an American comedian, writer, director, actor, and musician. He is best known as one half of the comedy duo Tim & Eric, along with Eric Wareheim. They are noted for creating the television shows Tom Goes to the Mayor, Tim and Eric Awesome Show, Great Job!, and Tim & Eric’s Bedtime Stories.
Heidecker has also acted in several films, including Bridesmaids (2011), Tim and Eric’s Billion Dollar Movie (2012), The Comedy (2012), Ant-Man and the Wasp (2018) and Us (2019). He currently co-hosts the parodic film review web series On Cinema and stars in the comedy series Decker, both alongside Gregg Turkington. 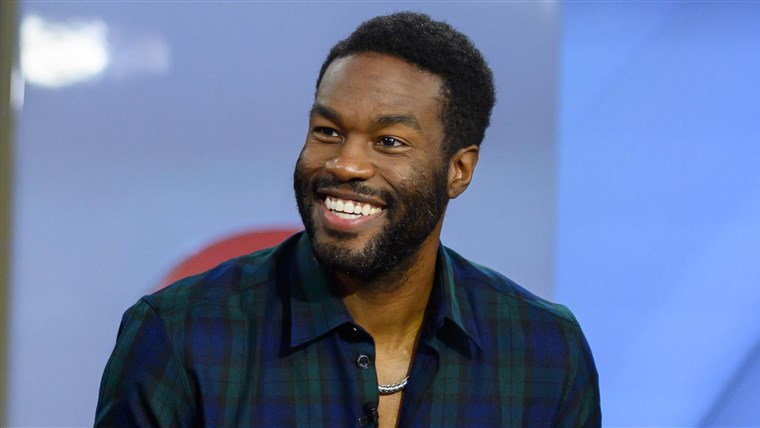 Yahya Abdul-Mateen II: Yahya Abdul-Mateen II (born July 15, 1986) is an American architect and actor. He is best known for portraying David Kane / Black Manta in the DC Extended Universe superhero film Aquaman (2018) and Cal Abar in the HBO limited series Watchmen (2019).
After starring in the Netflix musical drama series The Get Down (2016–2017), Abdul-Mateen appeared in numerous films, including Baywatch (2017), The Greatest Showman (2017), and Us (2019). 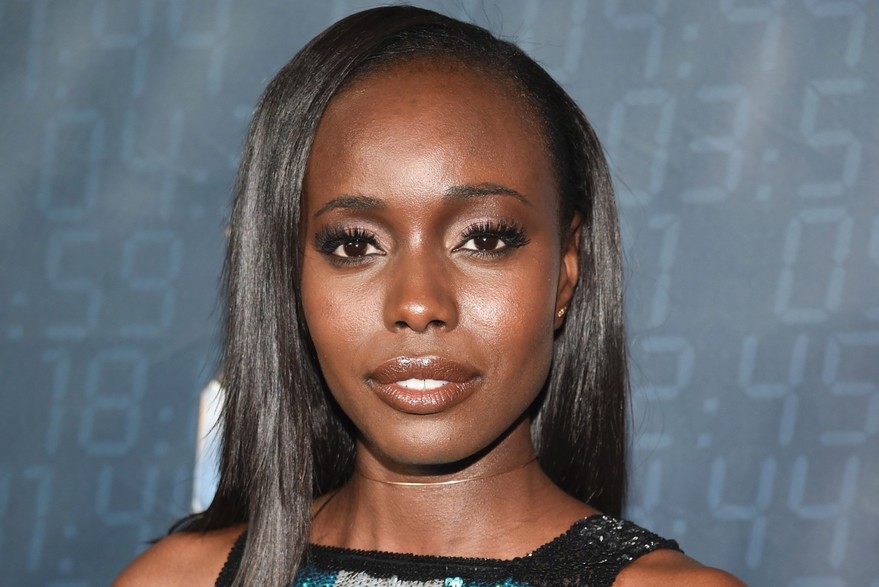 Anna Diop: Anna Diop (born February 6, 1988) is a Senegalese-American actress, currently starring as DC Comics superheroine Starfire on the series Titans since 2018. She also starred in the series The Messengers (2015) and 24: Legacy (2017) and appeared in the horror film Us (2019). 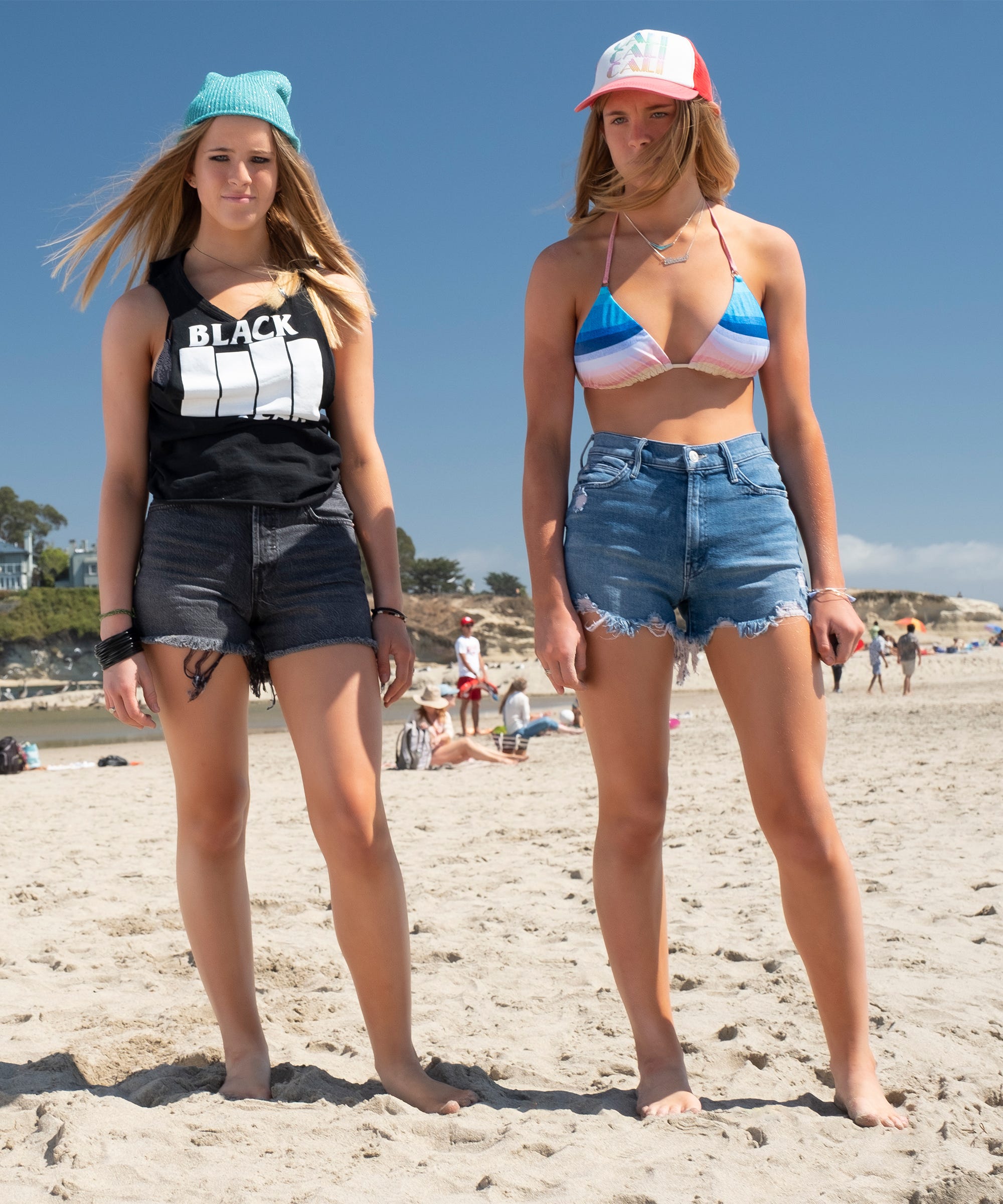 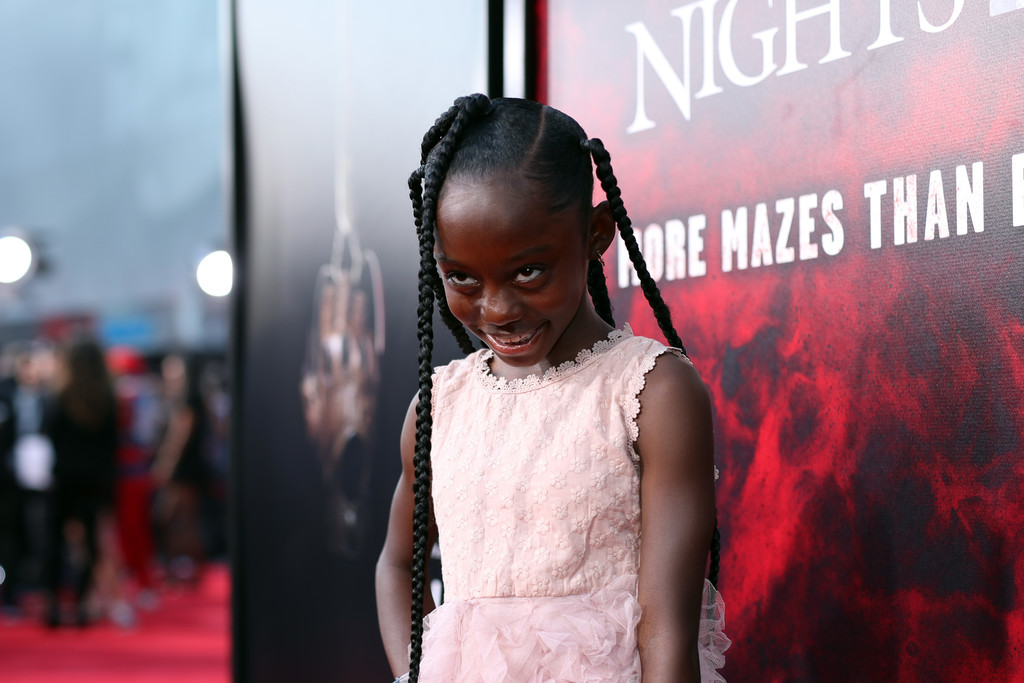 Madison Curry: Madison Curry was born and raised in Los Angeles California where she first fell in love with acting by entertaining family members at family gatherings. Madison started performing in school plays and soon was enrolled at Amazing Grace Conservatory Performing Arts Theater in Los Angeles where she polished her acting skills
Madison received her big break when she was cast in the Universal/Monkeypaw Productions film “Us”, directed by Academy Award winner Jordan Peele. As Young Adelaide Wilson/Young Red, Madison starred alongside Academy Award winner Lupita Nyongo and Black Panthers Winston Duke.
Shortly before release of “Us” Madison was cast as a series regular in the FOX/ABC show “Bless This Mess” alongside Lake Bell and Dax Sheppard for one season.
In Madison’s spare time she likes dancing, playing video games and spending time with her family. Madison is represented by CESD and The ESI Network. 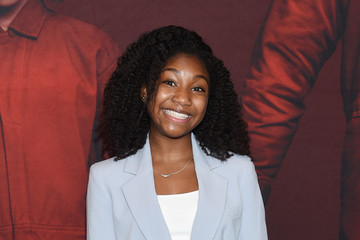 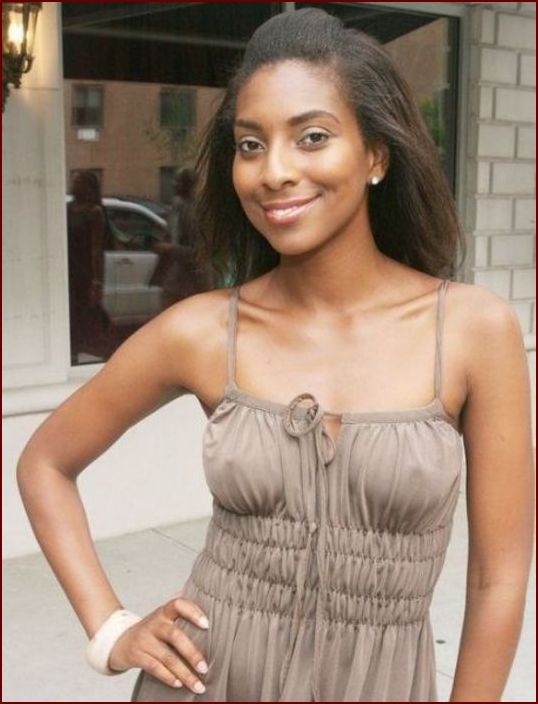 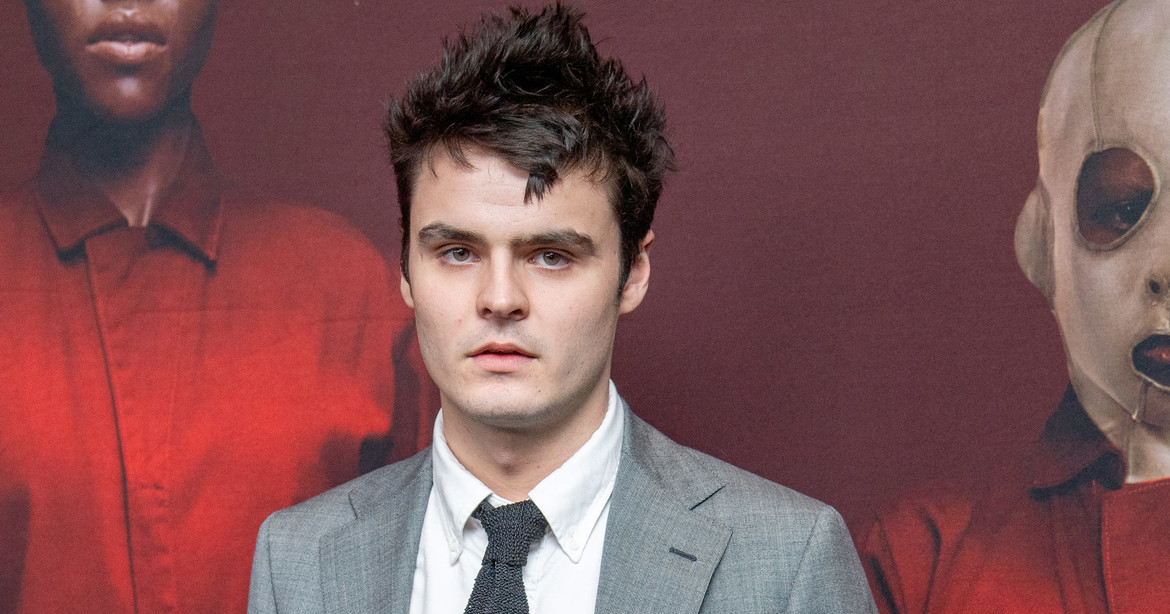 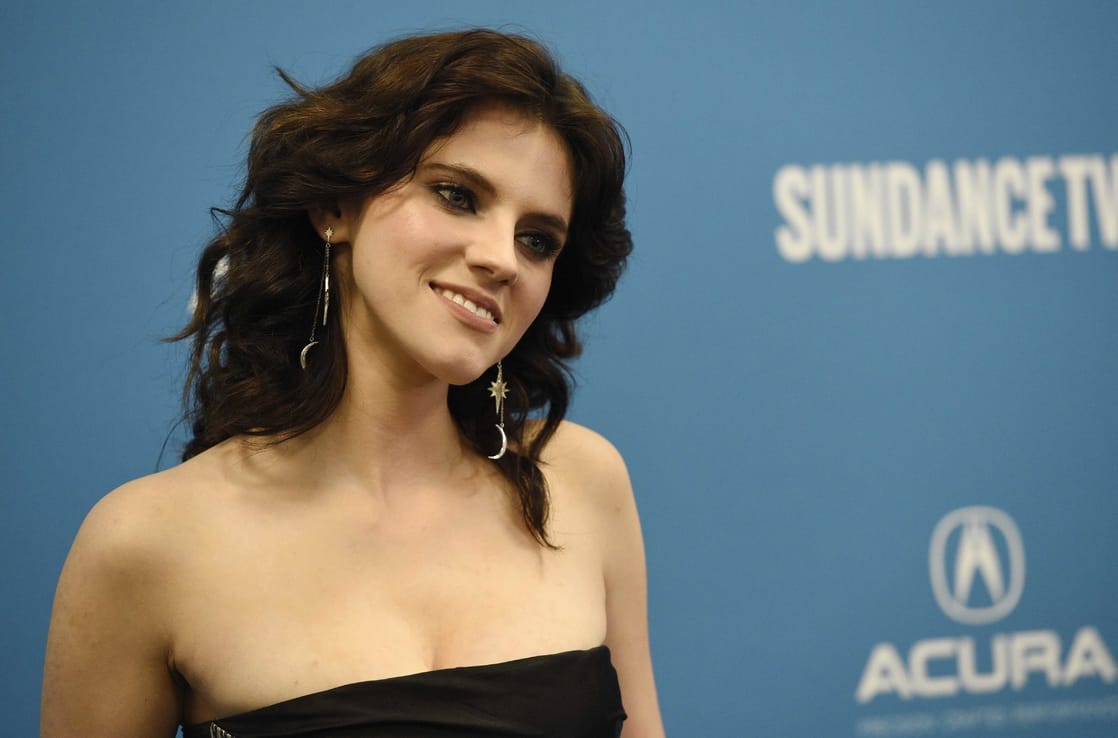 Kara Hayward: Kara Hayward (born November 17, 1998) is an American actress. She is known for her lead role as Suzy Bishop in the 2012 feature film Moonrise Kingdom, which earned her a nomination for the Young Artist Award for Best Leading Young Actress in a Feature Film in 2013. Three years later, she played Emily Parris, one of the lead roles in The Sisterhood of Night. 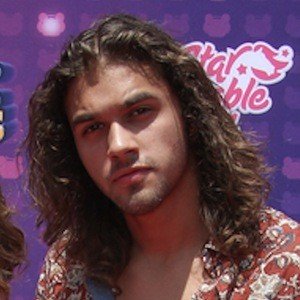 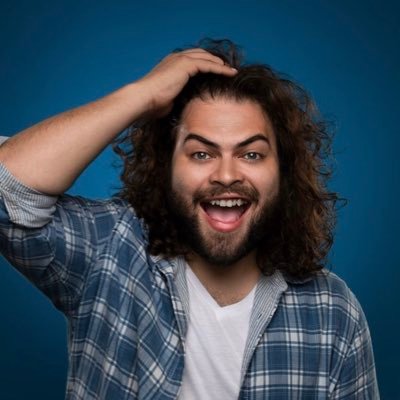 Dustin Ybarra: Dustin Ybarra (born November 30, 1989) is an American stand-up comedian and actor. He is known for his role as Tyler Medina in Kevin (Probably) Saves the World, and roles in We Bought a Zoo and Hop.
Ybarra’s career began with stand-up comedy performances in Texas, where he was a finalist in the Funniest Dallas Comic and Funniest Comic in Texas competitions. 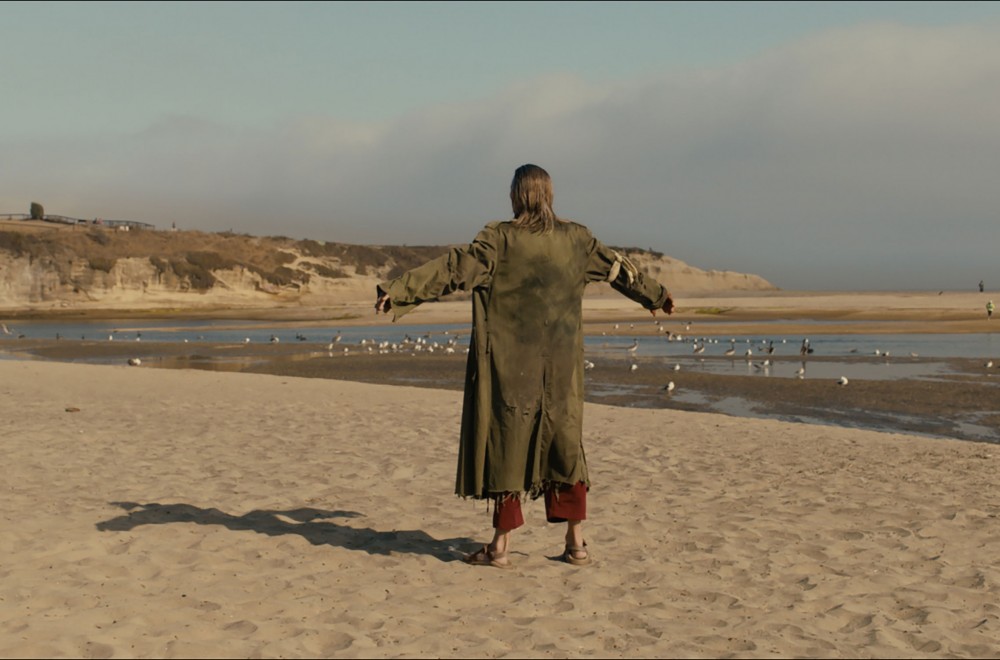 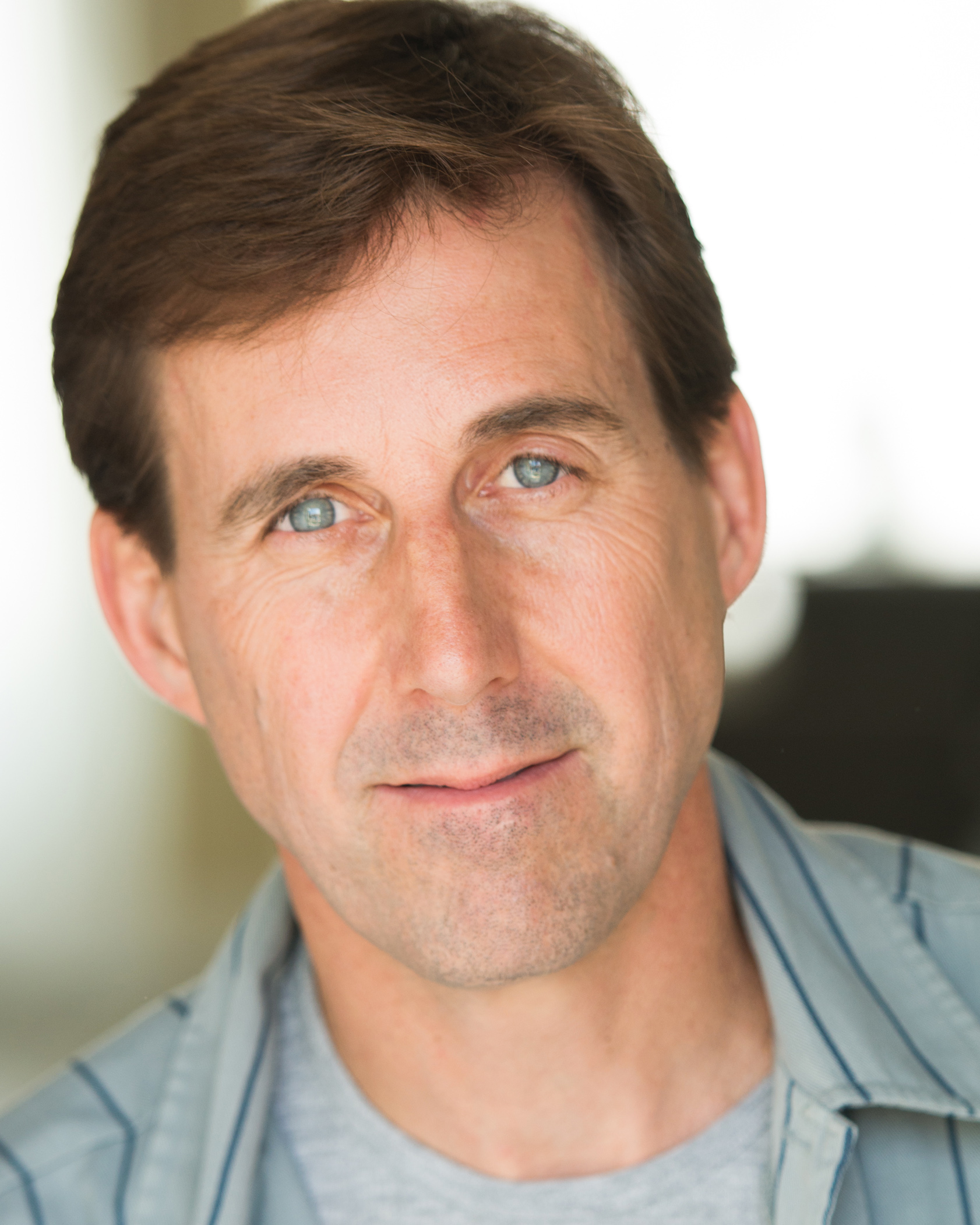 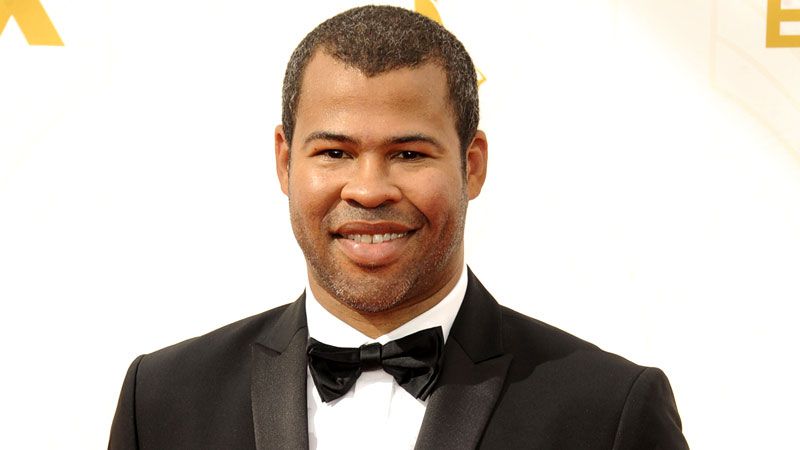 Jordan Peele: Jordan Haworth Peele (born February 21, 1979) is an American actor, comedian, writer, director, and producer. He is best known for his television and film work in the comedy and horror genres.
Peele’s breakout role came in 2003 when he was hired as a cast member on the Fox sketch comedy series Mad TV, where he spent five seasons, leaving the show in 2008. In the following years, he and his frequent Mad TV collaborator, Keegan-Michael Key, created and starred in their own Comedy Central sketch comedy series Key & Peele (2012–2015). In 2014, they appeared together as FBI agents in the first season of FX’s anthology series Fargo. Peele co-created the TBS comedy series The Last O.G. (2018–present) and the YouTube Premium comedy series Weird City (2019). He has also served as the host and producer of the CBS All Access revival of the anthology series The Twilight Zone (2019–present).
Peele and Key wrote, produced, and starred in Keanu (2016) and Peele has voice acted in Storks (2016), Captain Underpants: The First Epic Movie (2017) and Toy Story 4 (2019). His 2017 directorial debut, the horror film Get Out, was a critical and box office success. He received numerous accolades, including the Academy Award for Best Original Screenplay, along with nominations for Best Picture and Best Director. He received another Academy Award nomination for Best Picture for producing Spike Lee’s BlacKkKlansman (2018). He directed, wrote, and produced the acclaimed horror film Us (2019). 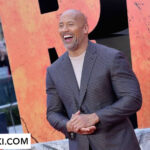 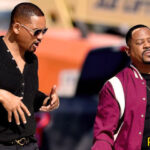